A former bronze Prix de Rome winner, “Van” initially arrived in Cleveland at age six after briefly living in St. Louis and Pittsburgh. He graduated from West Tech, Cranbrook Academy, what is now the Cleveland Institute of Art and Case Western Reserve University, and the exceptional Yale University School of Art.[3] He taught at the University of Denver and the Flint Institute of Art, but returned to Cleveland in 1957 to teach at the city’s Institute of Art. During World War II, he worked at Cleveland Fisher Aircraft engineering B-29s during his nightshifts.[4]

Design:
The concrete building was a “bunker-like home and studio” along the western banks of the Cuyahoga River.[7] Van Duzer lived in this “three-story fortress on the Cuyahoga” for fifteen years, before selling it in 1989.[8] Litt described the building as a “dark, hulking, concrete block structure” that “anticipated the back-to-the-city movement” of the twenty-first century.[9] Inside the artist’s “imposing and fortress-like retreat,” Litt writes, the building “looks and feels like an industrial factory with large, roll-down steel doors and exposed steel beams.” [10] Simply put, the studio acted as a fortress where Van Duzer sought inspiration, worked, and created his art for the world to enjoy. 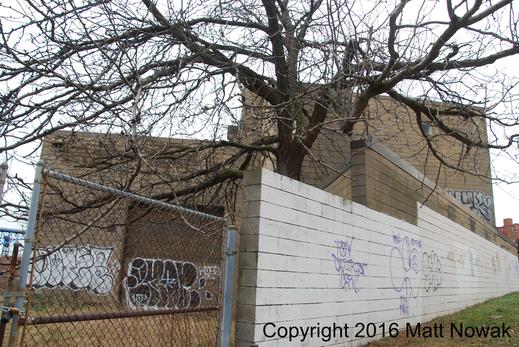 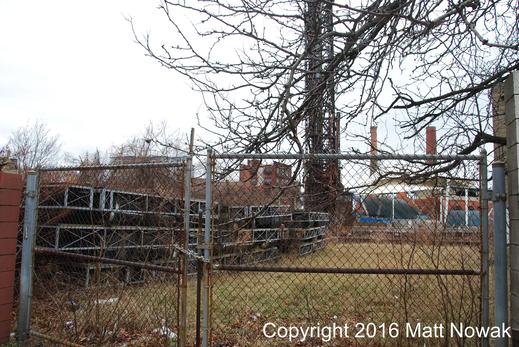 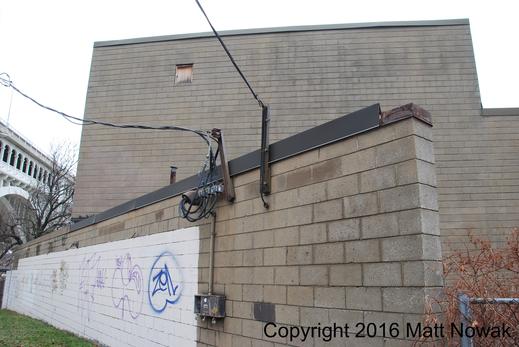 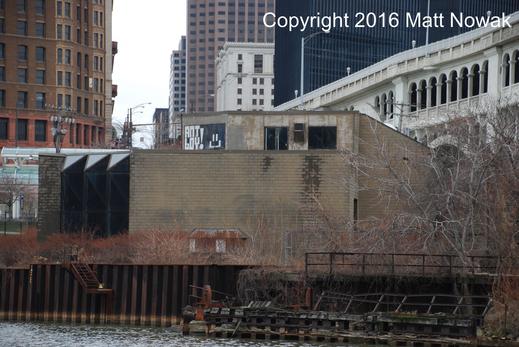 Preservation:
Despite the building’s association with Van Duzer, a noted local artist, the building was slated for demolition in 2015 to make room for an expansion of the Superior Avenue Pump Station. The sewer district acquired the site for $2.2 million as part of a $20 million water improvement plan. By expanding the pump station, the city hoped to eliminate sewer overflows in the area from pipes that existed at both the studio and nearby pump station. Demolition of both the studio and small pump station in order to build an expanded one, officials hoped, would help curb the amount of raw sewage that drained into the Cuyahoga River.[11] 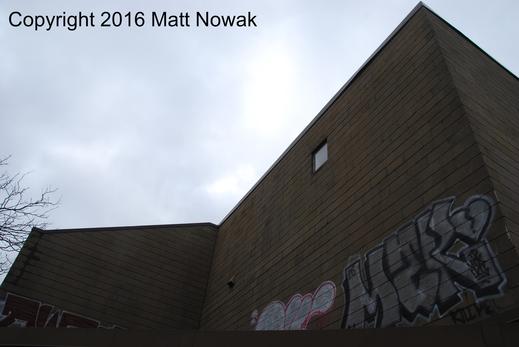 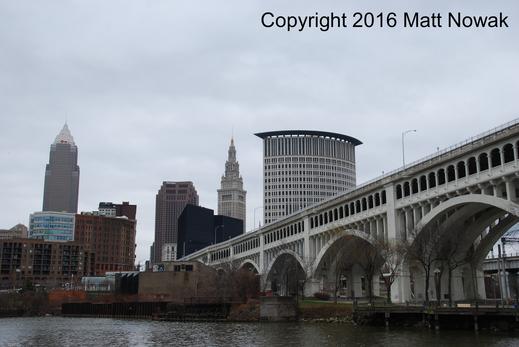 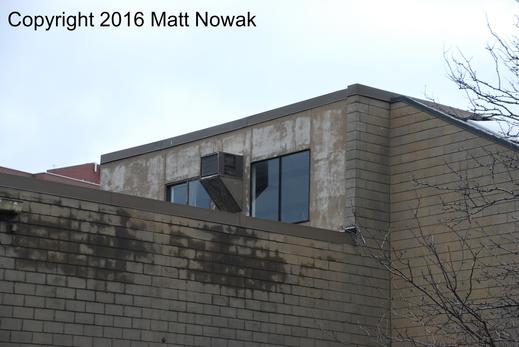 The building’s last years were fairly uneventful. Abandoned, the building became a safe space for the homeless and youths looking for misadventure. Graffiti, broken glass, furniture parts, and other debris littered the inside of the structure and surrounding area. Litt called the remains a “musty relic” of the past.[12] Yet, he described the building as having an “odd and mysterious presence along the riverfront,” especially for curious onlookers unfamiliar with the building’s history.[13] The demolition was part of the Settlers Landing and Heritage Park rehabilitation project.

While it is a shame to see the Van Duzer studio go, it is at least for a good cause in helping to restore the Cuyahoga River to a natural, healthy state. After attempting to turn the studio into a riverfront arts center for travelers along the canal towpath, Kathy Van Duzer, Clarence’s widow, offered the city one of her husband’s sculptures to be placed near the location that his studio once rested. Hopefully the city takes her up on the offer, since it would be a fitting tribute to one of Cleveland’s notable artists.[14] 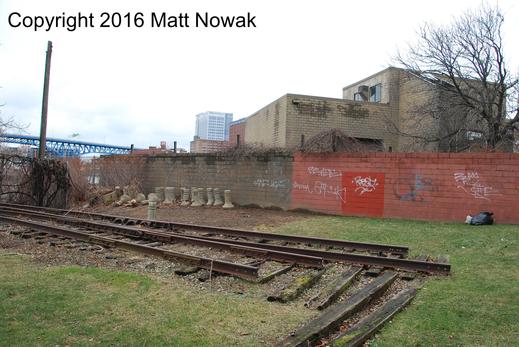 When Van Duzer died in 2009 at the age of 88, he left a lasting impression on the many people who encountered him including his students at the Cleveland Institute of Art, such as David Deming, sculptor and former president and CEO of the Institute. At the time of Van Duzer’s passing, Grant Segall called Van Duzer one of the Institute’s “lost legends.”[5] Steven Litt called Van Duzer one of the city’s “better kept secrets.”[6] 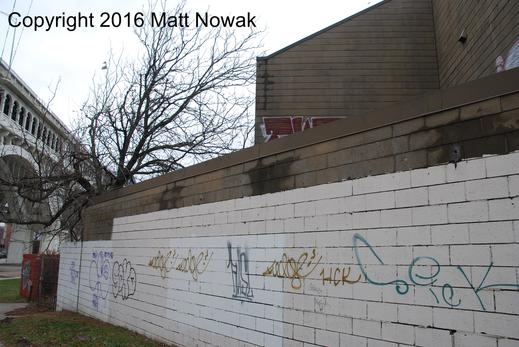 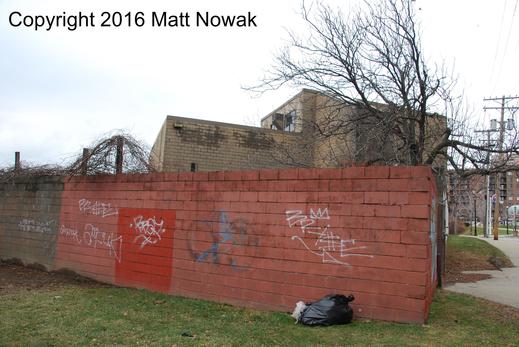 This building was demolished in 2016!

The building is within the “defensible space” and Brutalist architectural styles which dominated national urban cityscapes in the 1960s and 1970s (see Cleveland’s Justice Center Complex for another Brutalist example).

Above the studio was the 1,700-square-foot apartment where Van Duzer lived, complete with spectacular views of the river and the city’s landmarks, including the Lorenzo Carter Cabin, the Center Street Bridge, and Main Avenue Bridge. Additionally, Van Duzer designed the building in collaboration with Robert Gaede, a local Cleveland architect. Walls and fences surrounded the building, which was also next to the old Baltimore and Ohio Railroad Bridge #463. 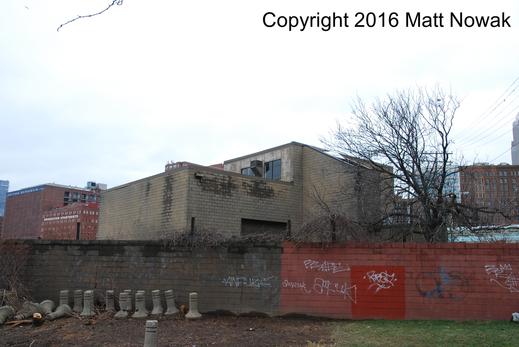 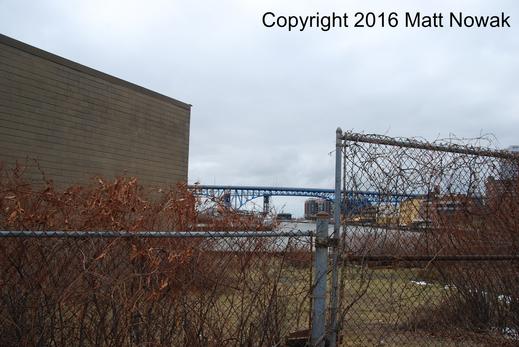 Figure 9  The B&O railroad bridge across from the compound. Photo taken 1/16/16.

History:
The river studio was designed and built by Cleveland-area artist Clarence Van Duzer, famous for works such as his 1948 “Mural Study for Cancer,” the several religious sculptures at Orchard Lake’s Polish Mission, and the 1976 "Global Flight" sculpture at Cleveland Hopkins International Airport.[1] The “avant-garde home and studio” was built in 1974 and helped in the revitalization of the Flats neighborhood.[2]