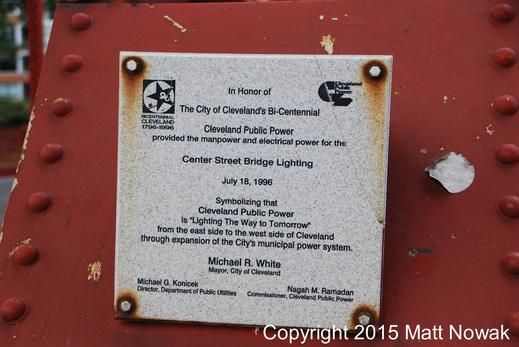 Figure 9 The bridge has completely "swung," allowing a ship to pass through. 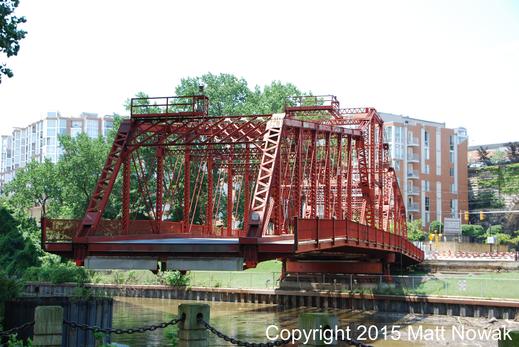 In 1989, the bridge was rehabilitated for traffic use. In 1996, a plaque was placed on the bridge commemorating Cleveland’s bicentennial. The bridge has been painted a nice red which is quite popping to the visiting eye. In comparison to Cleveland’s other bridges, the Center Street Bridge stands out as being irreplaceable in a location dominated by black lift bridges and large grey highway passes. Well over 110 years old, the bridge is also located in an area steeped in Cleveland bridge history. ODOT (Ohio Department of Transportation) has proclaimed the Center Street Bridge eligible for historic status, and it is definitely a head scratcher that this beautiful steel work has not been listed on the NRHP (National Register of Historic Places) as of yet. 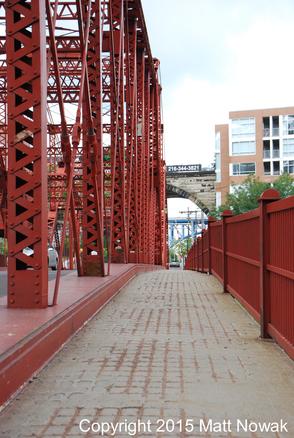 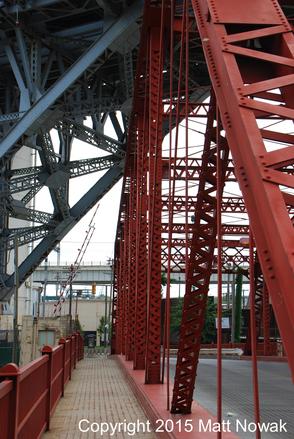 The asymmetrical nature of the Center Street Bridge is unique compared to the other bridges currently found in Cleveland. The bridge features two lanes for road traffic. Made of steel, the Center Street swing bridge has a total span length of 345.2 ft. Both the right and left sidewalks, meanwhile, are about 5.2 ft. in width. 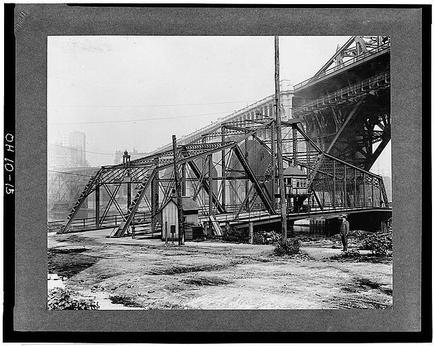 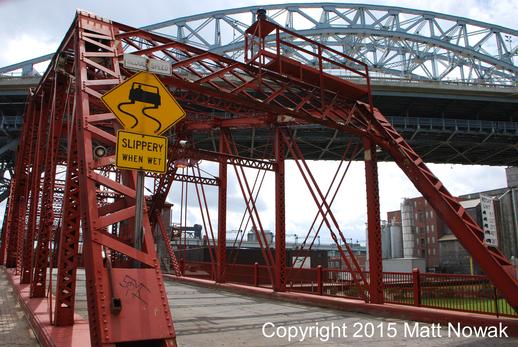 Primary Documents:
- Commemorative plaque:
In Honor of The City of Cleveland’s Bi-Centennial 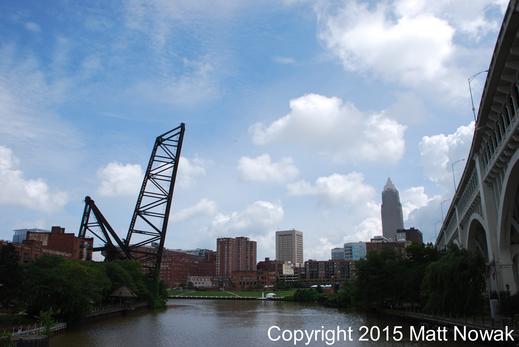 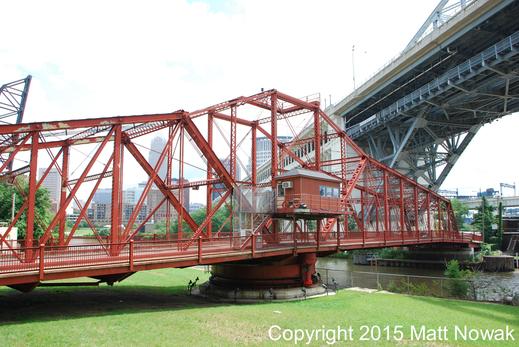 Preservation:
Many modern engineers consider swing bridges to be “functionally obsolete,” meaning their design no longer fulfills modern needs.[8] The Coast Guard has favored replacing outdated swing bridges with lift bridges.[9] This is due, in part, because piers constructed in the middle of bodies of water are obstacles for approaching watercraft.[10] Additionally, a large adjacent space is needed to house the displaced deck when the bridge is in the act of pivoting. Officials and residents of Cleveland have recognized both the rarity and aesthetic beauty of the Center Street Bridge, however. According to HistoricBridges.org, this bridge is one of only two highway swing bridges in the state of Ohio; more importantly, it is the only one that is currently operational. Because it is a bobtail swing bridge, the Center Street Bridge avoids the problem of a pier located in the center of the Cuyahoga River.

In general, bobtail swing bridges were used to span narrow waterways.[6] When a boat needs to pass the bridge, the swing bridge will horizontally pivot on an axis allowing river traffic to proceed, compared to a lift bridge which operates vertically. In the case of the Center Street Bridge, the pivot axis is not in the middle of the river but rather on one of the banks, thus classifying it as a bobtail swing bridge instead of an ordinary swing bridge.


Figure 2 Schematics of the bridge. Source: Library of Congress.[5] 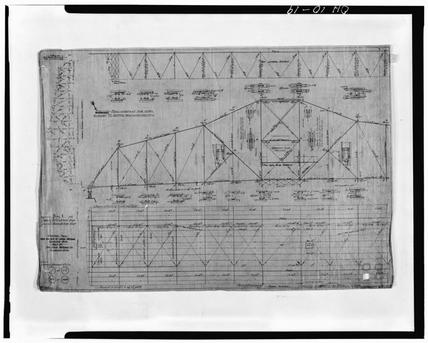 Built in 1901, the current Center Street Bridge cost about $57,000.[4] It was constructed by the King Bridge Company of Cleveland, Ohio; the same company responsible for the Detroit-Superior Bridge that is located nearby. It is classified as a movable truss bobtail swing bridge and is one of the oldest bridges in Cleveland. Bobtail swing bridges are located primarily in the upper Midwest.

On July 22, 1796, the exploration expedition of Moses Cleaveland stalled as they attempted to make landfall up the channel of the Cuyahoga River and as a result a future city was born. The following year, Elijah Gunn arrived and operated a ferry that traversed the river.[1] From the very beginning, mastering the water and crossing the Cuyahoga was vital to success of the city, and the building of bridges seemed to be an appropriate alternative to the slow method of manually crossing or ferrying the river. One of Cleveland’s first bridges was built near the current location of the Center Street Bridge. It was a floating bridge that consisted of whitewood logs, put in place by ropes, which would be floated to one side of the river if a boat needed to pass.[2] Unfortunately, this crude bridge was swept into Lake Erie during a flood. A second bridge, this time a platoon bridge comprised of flat boats roped together, was built. This bridge too was swept into Lake Erie during a flood. A wooden bridge replaced the platoon bridge but, in typical Cleveland fashion, it met the same fate as its predecessors.[3] Several bridges would be built in the Center Street location but only one remains today.