In 2011, Hurricane Irene hit the North Carolina shores in devastating fashion. On the first day of its arrival, this Category 1 hurricane’s winds reached 85mph with heavy rain.[1] Highway 12, the main artery of the islands, was cut in several places. In one particular place, the hurricane reopened an inlet, “New Inlet,” that destroyed Highway 12 and separated Hatteras Island and Pea Island for the first time since 1945. The easy destruction of Highway 12 during strong storms enforces the need for both preparedness and promptness in evacuating the Outer Banks. Emergency speaker towers, such as this one, and other devices help island residents live, and survive, through dangerous coastal storms. 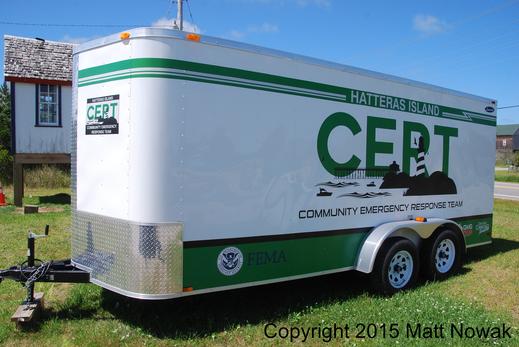 Prior to a hurricane or strong storm, a common sight on the islands is the bordering up of windows and doors to prevent winds, rain, shattered glass, and other debris from entering houses. Boats are also often filled with water to prevent them from being blown away. According to Dare County, the leading cause of death during a hurricane is drowning, generally attributed to storm surge. However, other dangers, including flying debris and fires, are also present. Local emergency responders continuously prepare themselves for such events. 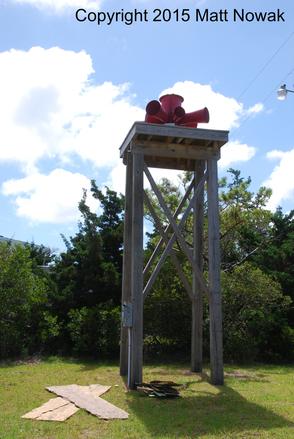 Dare County, and all of the other Outer Banks counties, has taken the time to prepare for fires, thunderstorms, and hurricanes. There are two evacuation routes in the county: Highway 64/264 West and Highway 158 North. These routes take evacuees away from the coastline and into the interior of North Carolina, safe from the devastating winds, rain, and flooding that coastal storms bring to small island communities. Along the evacuation routes, even in the mainland, are small circular blue signs with arrows that read “Hurricane Evacuation Route” that help drivers identify these routes amid the stress and confusion often associated with excavations. 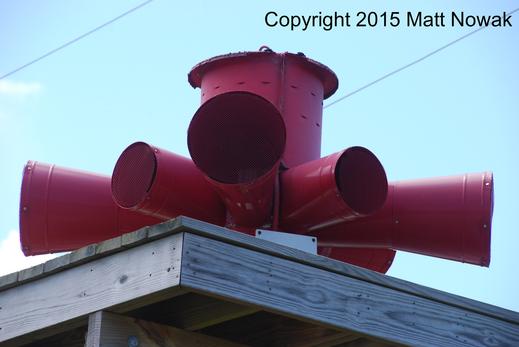 History:
Located behind the Salvo Post Office is an emergency speaker siren tower. This tall, wooden structure is a common sight in the Outer Banks, as these towers help to notify the public – both permanent resident and visitor alike – about fires and impending storms, emergencies, or evacuations. Volunteer fire companies use these sirens as rallying points to combat fires and to signal other firefighters. 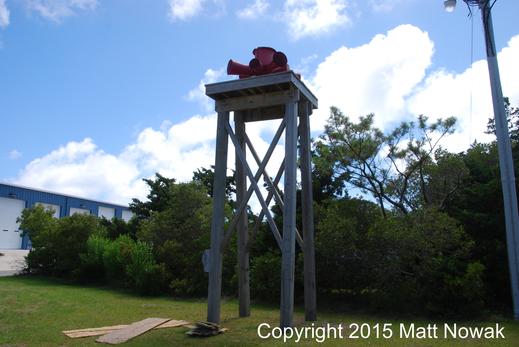