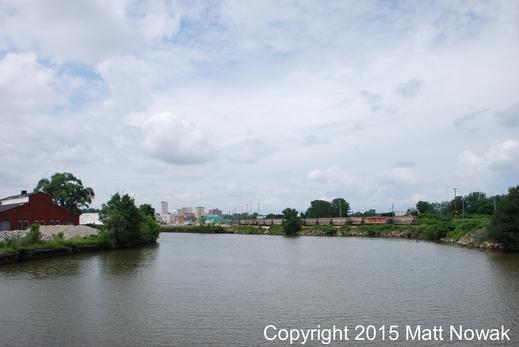 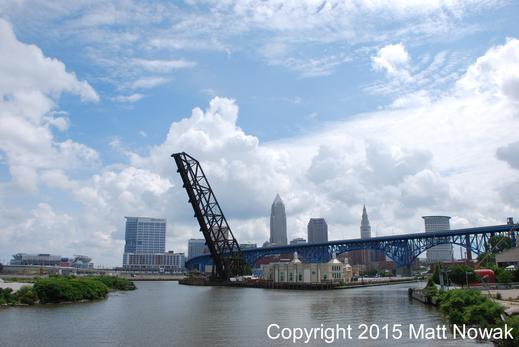 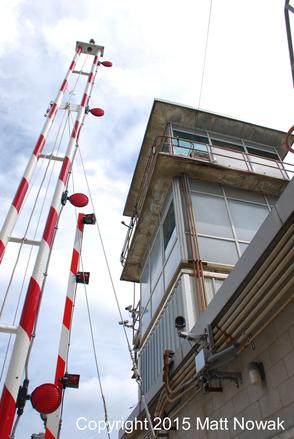 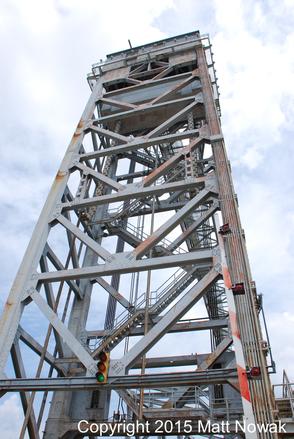 The bridge is also in great condition, in part due to its age, as well as because of modern maintenance. There are only two likely threats to the bridge. Barring any naval/maritime disaster involving a freighter or freak storm, the continued decrease in river traffic on the Cuyahoga may force the city to close and/or replace many of its lift bridges that require continuous on-site workers. A current study is being conducted in order to appraise the feasibility of off-site employment. At this point, demolition is very unlikely as long as the city and state continue to maintain the bridge and traffic – both river and road – is present to warrant its existence. 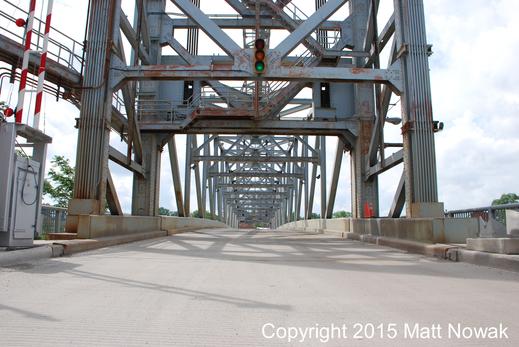 Preservation:
Built in the mid-1960s, this bridge would be considered young by many bridge enthusiasts. In fact, ODOT (Ohio Department of Transportation) considers the bridge to be too young to determine its historical status. Indeed, compared to many of Cleveland’s bridges, the Willow Avenue Bridge’s historical significance is limited. However, the bridge is an attractive lift bridge close to Lake Erie, and its light gray paint scheme contrasts well with many of the black and darker bridges located downtown. Likewise, the bridge is a nice example of late vertical truss bridge building. 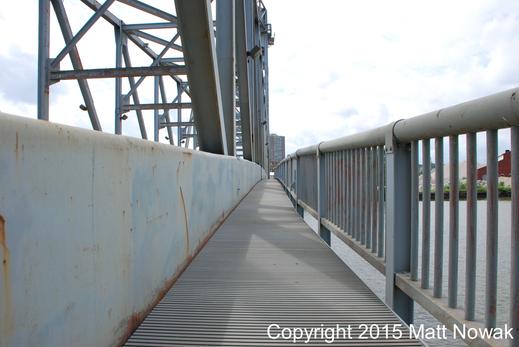 Design:
The Willow Avenue Bridge is a mid-1960s truss vertical lift bridge that connects the Flats neighborhood with Whiskey Island. It has a span of 310 feet. There are four electric motors on the top of the two towers that give it immense lifting power. In fact, the bridge can fully lift its 750-ton span ninety-eight feet in the air in less than two minutes. There is an electric screw control which stabilizes the two ends of the bridge during the lifting process, and counterweight cables propagate the movement.[3] 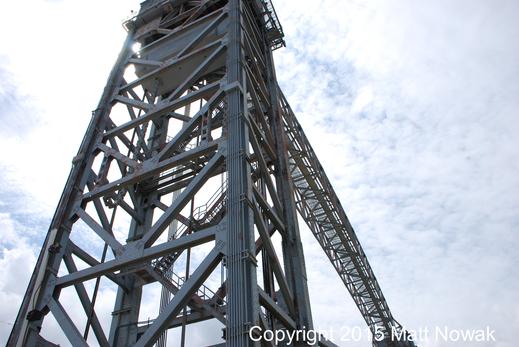 History:
The Willow Avenue Bridge was built in 1964 by the Engels Steel Construction Company of Alabama and designed by Trygve Hoff and Associate.[1] It is the second bridge built in its present location. The first bridge was a swing bridge that was built in 1898, which had a bridge span of 170 feet.[2] 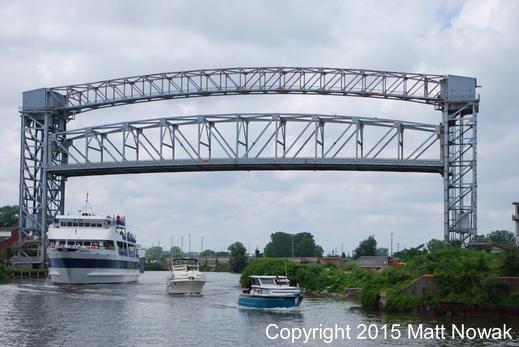