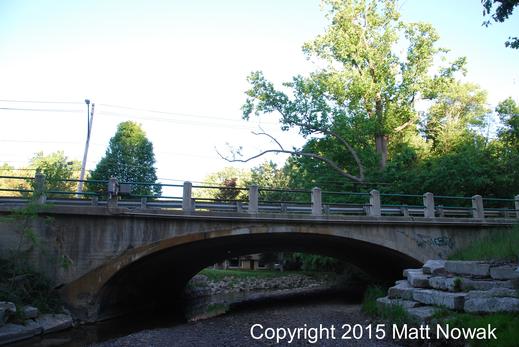 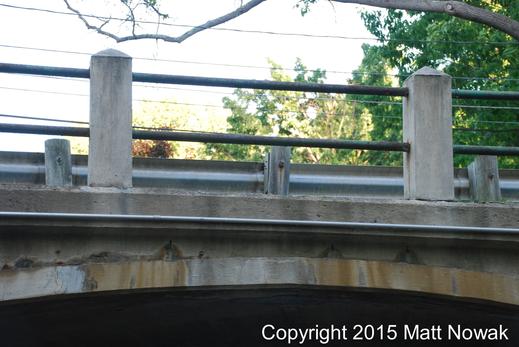 The post and pipe railings are original, and rehabilitation rather than a demolition would prove cost effective.[3] It would also be the more sensitive thing to do. Bridges like the Ridgewood Drive Bridge might not be nationally significant, yet this one example is locally important having been built in a period of high building activity combined with the destruction of other similar examples in the area. 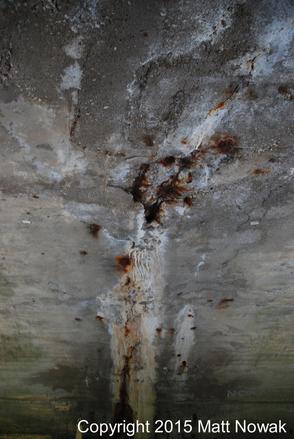 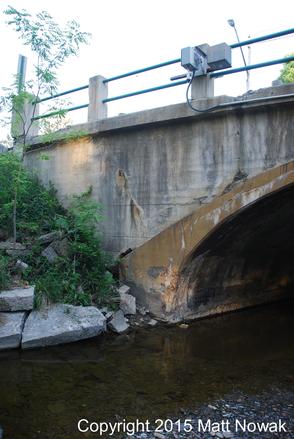 There are a few hurdles to jump, however. Graffiti is present on the bridge, as well as several broken bottles and trash littered around the structure. Concrete chipping is present on the sides and underside of the bridge and, more importantly, the creek has shifted since the construction of the bridge (as of 2014). West Creek now travels directly against the north abutment, increasing the potentiality of erosion. However, the bridge still contains original elements almost a hundred years after its creation. 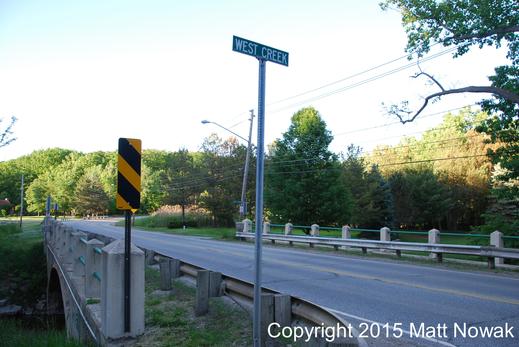 Preservation:
Closed spandrel arch bridges are among the most common and basic reinforced concrete bridge types, according to the Ohio Historic Bridge Inventory. While Parma had several concrete arch bridges from the 1920s, most have been demolished and replaced. Because of this, Ridgewood Drive Bridge has taken on more historic significance, despite ODOT (Ohio Department of Transportation) declaring the bridge ineligible for historic status.[2] The bridge is tied to a significant period in Parma’s history, just as the city began to considerably grow and enjoy incredible success. After World War II, Parma’s population would explode and become the nation’s fastest growing city, reaching over 100,000 residents.

Figure 3 Side view showcasing the closed-nature of the arch. Photo taken on 6/3/2014. 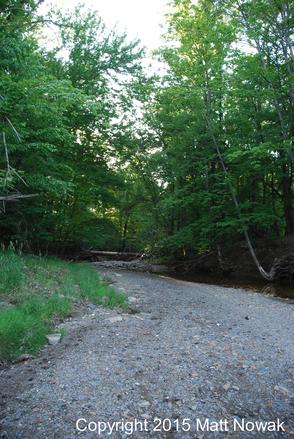 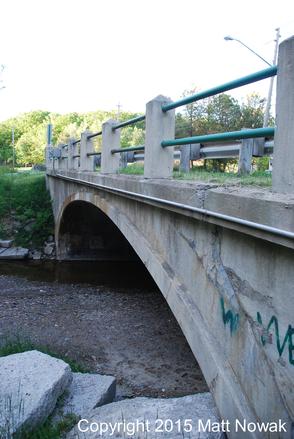 Design:
The bridge is a reinforced closed spandrel filled concrete bridge. The area between the deck and the arch ring is filled to add stability to the structure, compared to other arch bridges like the Brecksville-Northfield High Level Bridge, which is open. In addition to the closed-nature of the bridge, reinforced concrete adds additional support. It carries a two-lane road over a creek (West Creek) in a wooded residential area. The bridge is about forty-five feet long. 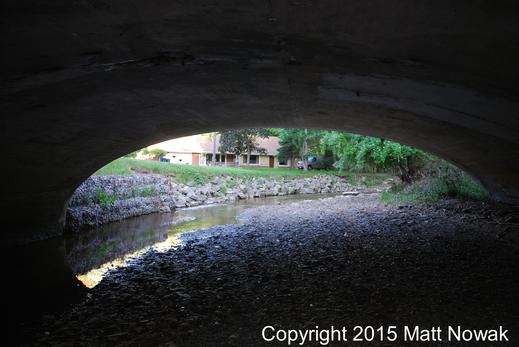 History:
The Ridgewood Drive Bridge was built in 1925.[1] It is one of the several concrete bridges built in the city during the 1920s, although most have been demolished as of 2014. 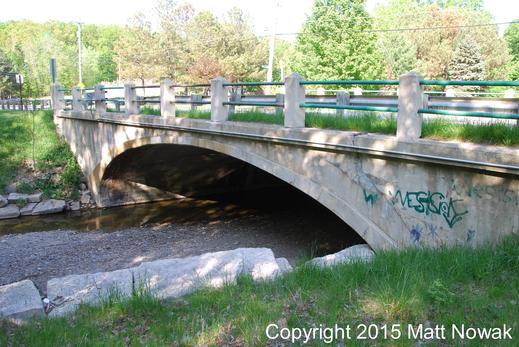