This building was demolished in 2014! 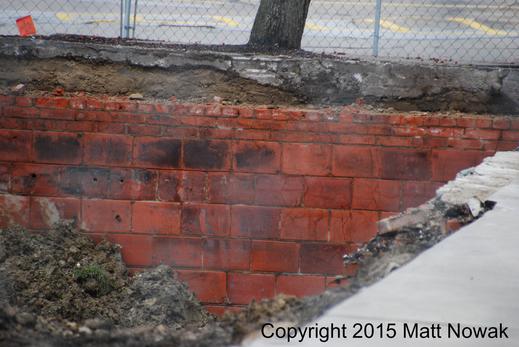 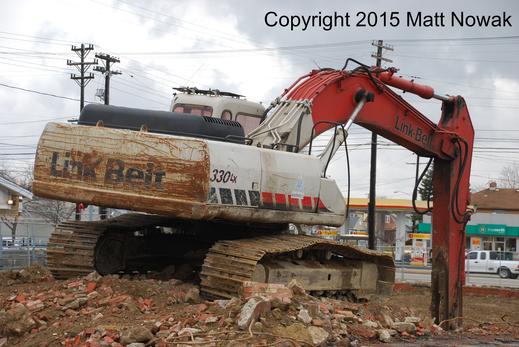 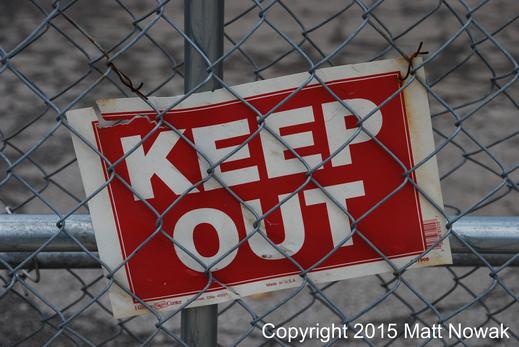 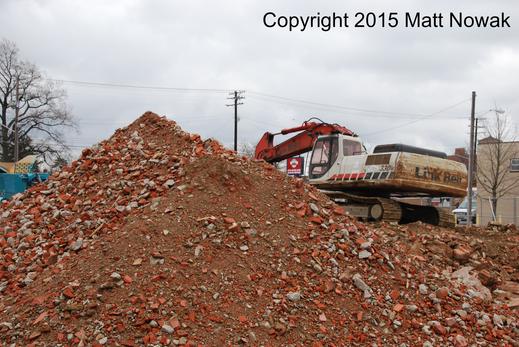 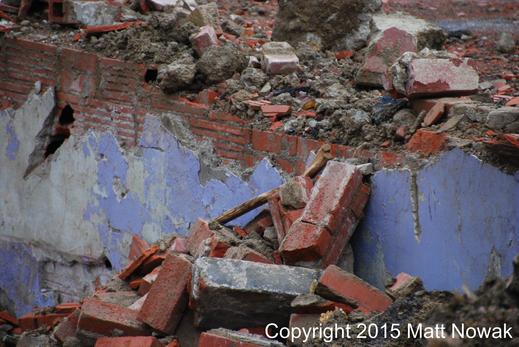 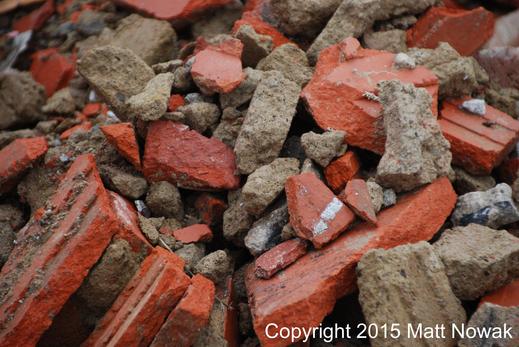 The land that was once home to the Parma Theater is now an empty earthen lot with some remnants of brick and concrete. Since the city failed to save and preserve the theater, it should at least place an Ohio Historical Marker on or near the former location detailing the theater’s history and legacy. 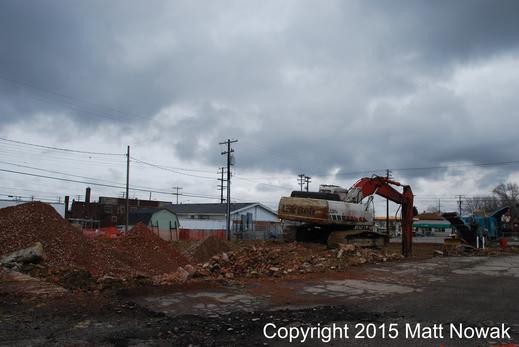 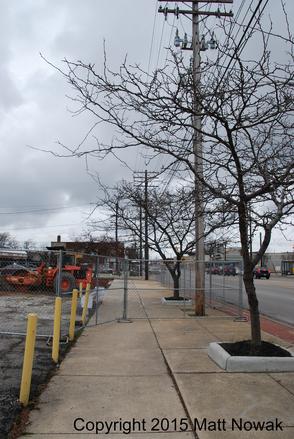 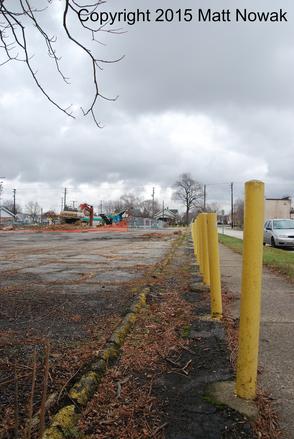 The theater’s owners refused to update the building, which had twenty building code violations.[5] In order to avoid the implications of those violations and a future court date, the owners chose to rush the demolition of the historic property. Within weeks, the 78-year-old building was demolished on December 8th, 2014. The mayor and city had no warning of the demolition and learned of the destruction through social media.[6] 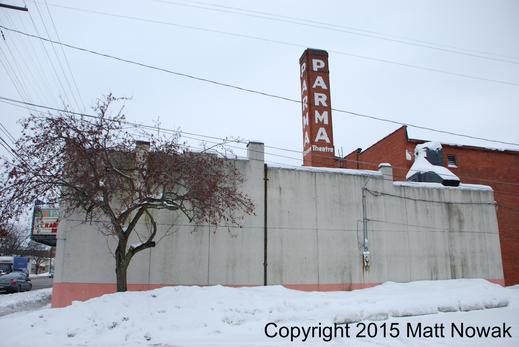 Leaders in the local community sought to preserve the historic theater and save it from destruction. Efforts were made to designate the structure as a historic landmark and convert it into an arts center. The owners of the theater, however, opposed these attempts.[4] In the end, no designation was bestowed despite it being one of the oldest and more culturally relevant buildings in the city. 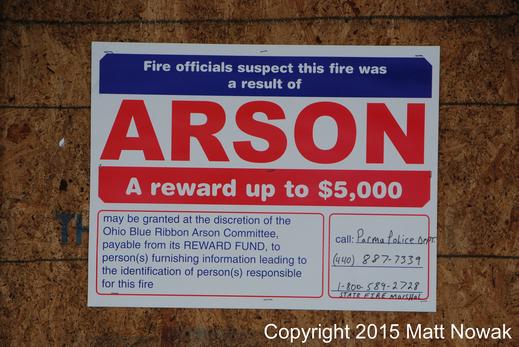 Preservation:
The theater closed for good on September 9th, 2012 due to financial problems. Only two months after its closure, a large fire engulfed the theater’s lobby. Over thirty firefighters from Parma, Parma Heights, and Brooklyn extinguished the blaze in about fifteen minutes.[3] There was extensive smoke and fire damage to the theater and adjoining businesses. Damages were estimated at $750,000. The fire was ruled as arson and has not been solved. 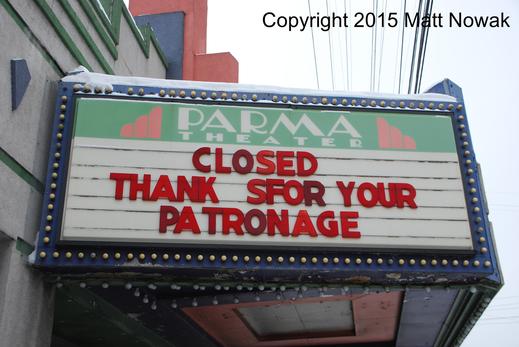 Design:
According to a resolution presented to the city council, the building contained “Tudor architectural design[s], gothic detailing, stone elements, and strong masonry detailing.”[2] It contained a large screen and seating. Near its end, many elements, such as seating, needed maintenance and repair. It was also filled with asbestos that caused problems with rehabilitation and redevelopment. 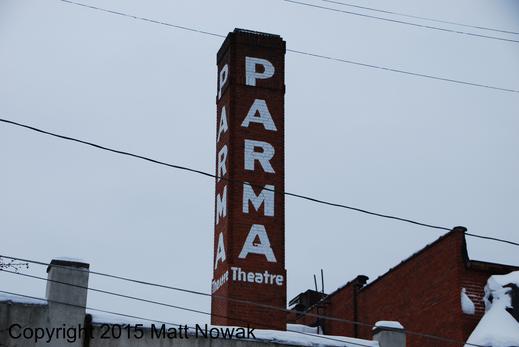 History:
Before its demolition in 2014, the Parma Theater was one of the oldest theaters in the region. The Parma Theater was built in the midst of the Great Depression in 1936 and opened with one screen and a capacity of 1,500.[1] With this in mind, it is astonishing that such a theater was planned, designed, built, and opened during the worst economic period in United States history. Likewise, imagine the theater’s early patrons who likely attended the theater to escape, even for an hour or two, the hard and tough life of the period. For the generations that followed, the theater played pivotal roles in the lives of Parma residents as one of the major location for entertainment. 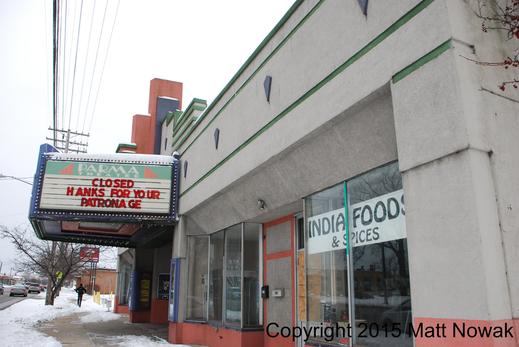 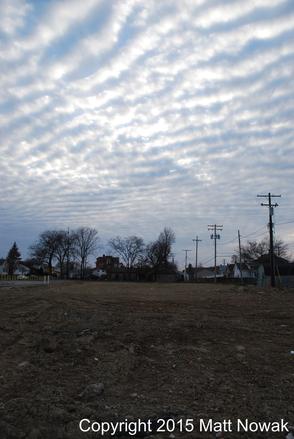 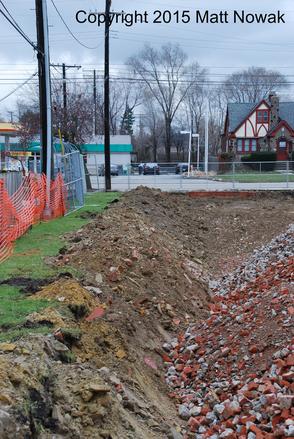 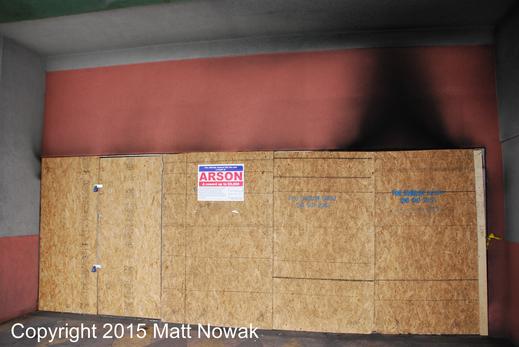