- Kentucky Historical Marker:
Bennett’s Mill Bridge: One of Kentucky’s longest wooden, one-span, covered bridges, length 195 feet. B.F. Bennett and his brother Pramley built the bridge in 1855 or 1856 to accommodate customers at their mill. It has withstood severe floods through the years. Original footings and frame are intact. The bridge was never painted and has weathered to its present rustic appearance.

Preservation:
John M. Johnson, writing in the 1970s, reflects on the destruction of Kentucky’s historic covered bridges. Johnson states that “At one time Kentucky had hundreds of covered bridges spanning her rivers. Just prior to World War II, sixty-five were still standing. By 1952, the numbers had shrunk to thirty-nine. Now only sixteen remain.”[11] The list was updated in 2003: only thirteen now remain.[12] Luckily, located within the same county as Bennett’s Mill Covered Bridge, Greenup County, lies another preserved covered bridge, the Oldtown Covered Bridge. Interestingly enough, Kentucky built its last “authentic” covered bridge in 1924.[13]

Distinctive to other covered bridges, the Bennett’s Mill Covered Bridge has never been painted. As such, the bridge retains a unique silver and brown hue. A historical marker has been placed next to one of the bridge’s portals and the bridge itself was placed on the National Register of Historic Places in 1976. Johnson concludes his nomination form with a plea for further preservation of Kentucky’s covered bridges, arguing that “Few are well maintained and most are in need of immediate repair or restoration if their preservation is to be secured.”[14] Thankfully his efforts, and those of others, have been paying off. Like the Oldtown Covered Bridge, the Bennett’s Mill Covered Bridge has recently been rehabilitated. In 2003 the bridge was dissembled and rebuilt.[15]

The bridge also seems to be a location for events. In the summer of 2014, a large green sign was located at the top of both portals that advertised for a “Dinner on the Bridge” event. While the sign takes away from the historic feel of the location, its presence does indicate some type of commercial and economic entrepreneurship in regards to the bridge. These types of events will hopefully continue to prolong the bridge and keep it a popular destination. 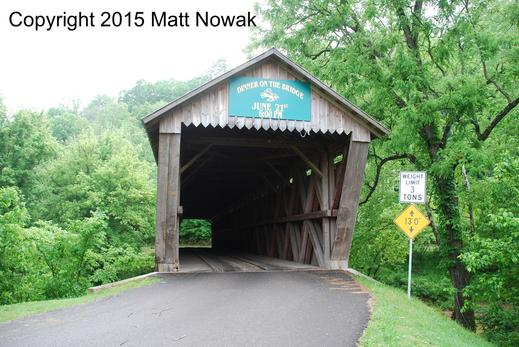 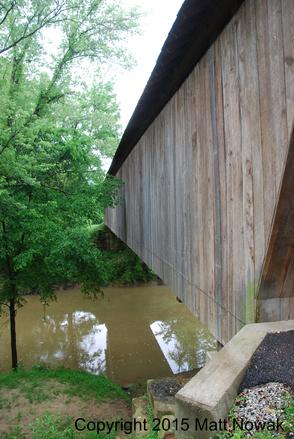 Lola Bennett, the author of the Historic American Engineering Record (HAER) report, describes Wheeler’s truss design. Bennett argues that Wheeler trusses are “characterized by single tension members, double offset compression members, and an intermediate chord along the midline of the truss” and that “the [Wheeler truss] experienced a brief period of popularity in the area around Sciotoville, Ohio prior to Wheeler's death in 1875. As one of many new bridge truss types developed after the Civil War, the Wheeler truss went largely unrecognized and did not carry forward into the mainstream of bridge building.”[7] Scioto County, the one-time home of both the Bennett’s and Wheeler, is located just across the Ohio River from Greenup County and the Bennett’s Mill Covered Bridge.

History:
Located in northeast Kentucky, Bennett’s Mill Covered Bridge was built in either 1874 or 1875, although at least one source lists it as old as 1855-1856.[1] The covered bridge crosses Tygart’s Creek, a tributary of the Ohio River.

The bridge’s namesakes, the Bennett brothers, commissioned the building of a bridge in the current bridge’s location. The brothers, Benjamin Franklin Bennett, from Scioto County, Ohio, and Pramley Bennett, operated a grist mill near the location. The bridge would enable access to the mill across Tygart’s Creek.[2] Previously, several blast furnaces operated in the area.[3] Some confusion lies in distinguishing between the first bridge built and the current Bennett Mill Covered Bridge. The current bridge’s design, a Wheeler truss, was first patented by Isaac Hastings Wheeler in 1870.[4] It is primarily because of this fact that we can conclude that there were two bridges in the location. The first bridge, built in the 1850s, was most likely demolished and replaced in the 1870s with the one in the current site. 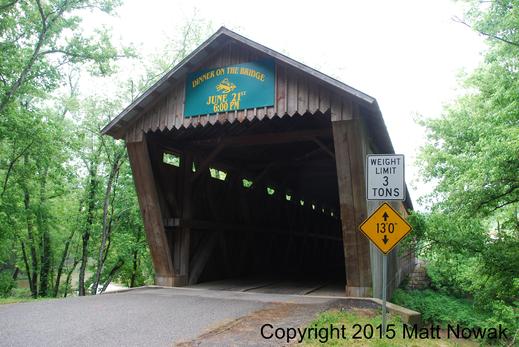 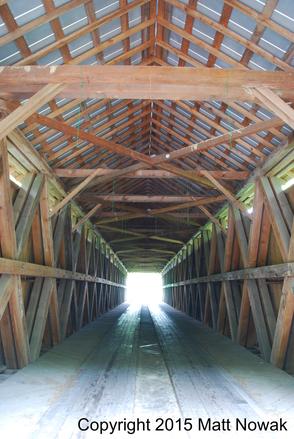 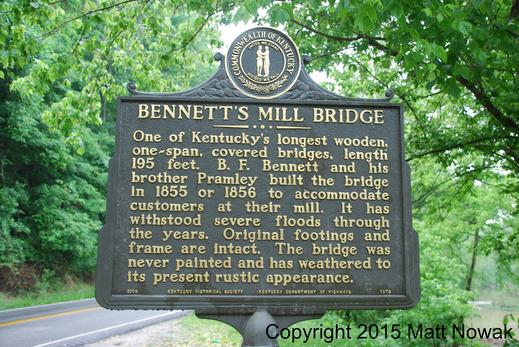 John M. Johnson, the author of the bridge’s National Register of Historic Places nomination form, describes other unique features: “The side boards have been cut short of the roof line for ventilation and lighting. Saw-toothed portals along with board-and-batten siding distinguish this bridge from most others.”[8] Wheeler trusses are so rare that Johnson did not recognize the Bennett’s Mill Covered Bridge as one. In fact, the bridge would not receive such recognition until 1993.[9]

The bridge is notable for being the longest single span covered bridge in the state of Kentucky at either 171 feet and 6 inches or 195 feet in length.[10] 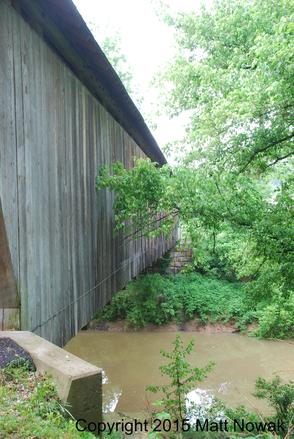 Figure 5 Approach to the north portal. 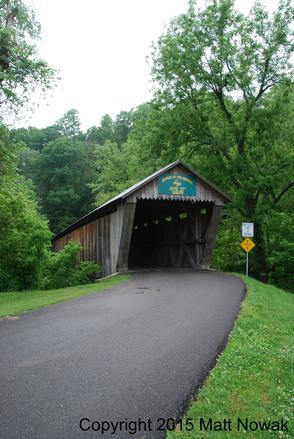 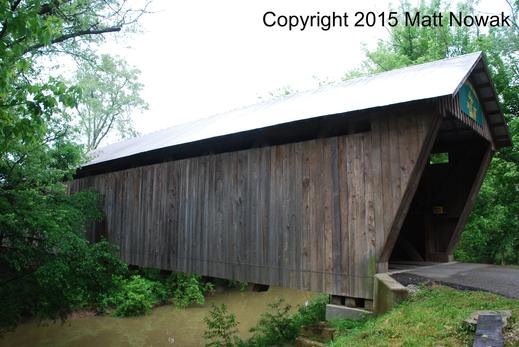 In the one account that uses the 1850s date, the author, John Johnson, argues that the bridge, built in the antebellum period, needed fortification during the Civil War. In order to protect the bridge (and therefore their initial “investment”), the Bennett brothers “hid guns in the 800-feet high hills to the east and west” to prevent the bridge from being burned or destroyed.[5] As we have discussed, however, this antebellum bridge was most likely the predecessor to the current Bennett’s Mill Covered Bridge. 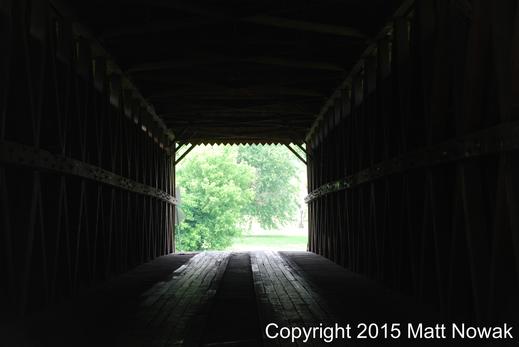