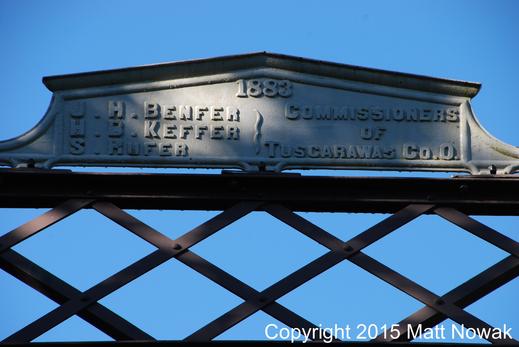 The bridge fits exceedingly well in its wooded setting, with the large river running underneath. Thankfully, its beautiful design and present state, as a pedestrian bridge, have secured its presence for future decades. 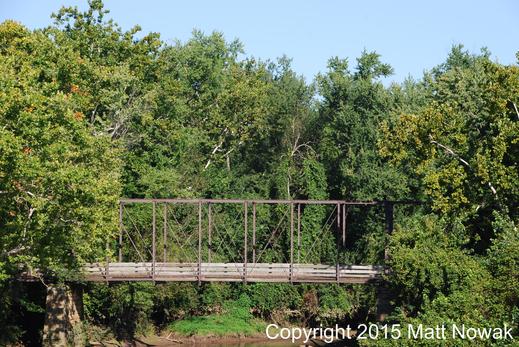 Original railings were replaced by wooden boards, which hurt its historical integrity. Interestingly enough, a series of steps were also added to one side of the railings for access to the Zoar Valley Trail below. The bridge has been determined eligible for the National Register of Historic Places (NRHP).[3] 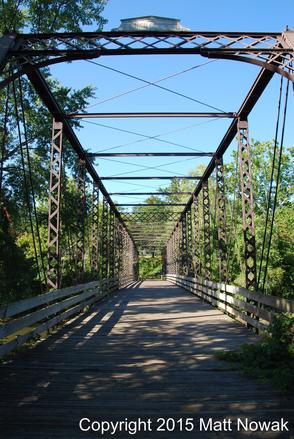 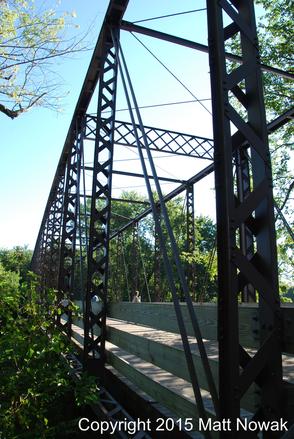 Preservation:
During the 1980s, the bridge was threatened with removal, despite it being bypassed. Thankfully no action on this front occurred. The bridge was rehabilitated in 2004 and is now a pedestrian-only bridge connected to the Zoar Valley Trail. 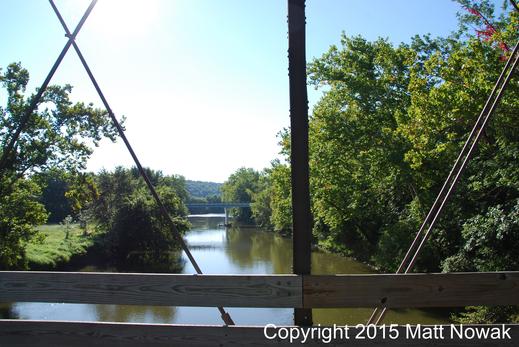 The Pratt design was so popular because it allowed for easy calculations for the distributions of stresses, as well as its easy transition from wood to all metal. It would eventually be overshadowed, however, by the Warren truss design by the early twentieth century.

History:
Also known as the Zoar Iron Bridge, the Old Zoar Bridge was built in 1883 by the Wrought Iron Bridge Company of Canton, Ohio. Sometime before 1976, CR-82 was bypassed, shifting vehicular traffic away from the bridge.[1] 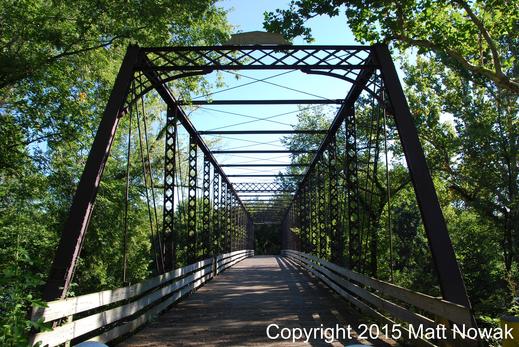 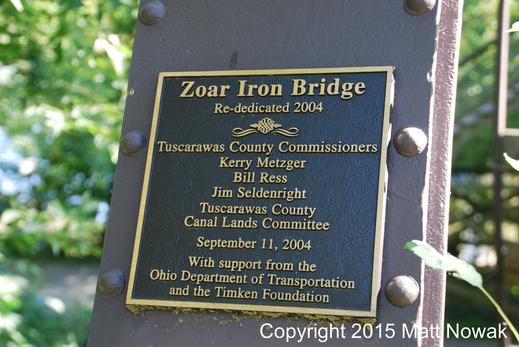 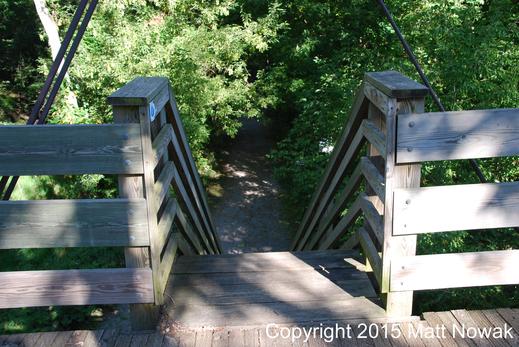 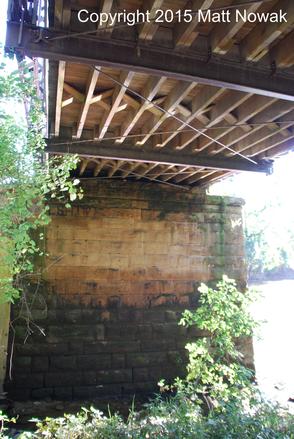 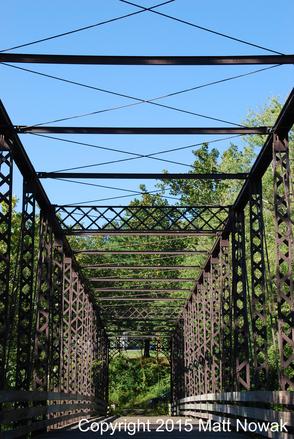 Design:
The bridge is a traditional pin-connected Pratt through truss with three spans and built-up compression members. Instead of having separate connecting spans, the bridge has a continuous span over several piers. Pratt trusses are one of the most common types of truss bridges, since they made the “jump” from wooden designs to metal rather quickly. Its three continuous spans and early construction date of 1883 make the bridge historically significant, as most Pratt truss bridges were simple spans. It is also a nice example of the Wrought Iron Bridge Company’s bridge designs, especially the connections on its upper chord-end posts.[2] 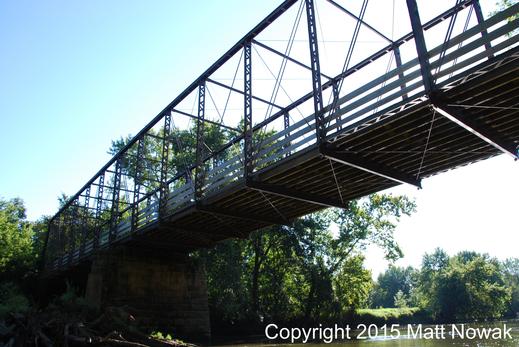