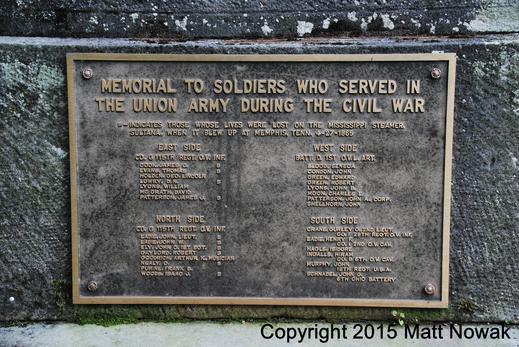 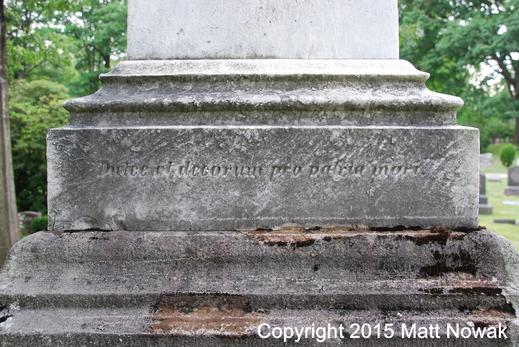 Many of the Civil War burials are victims of the Sultana disaster. On April 27, 1865, the SS Sultana steamboat exploded on the Mississippi River. Of the estimated 2,400 on board, over 1,700 died. The boat was overloaded with captured Union troops. It is still the worst maritime disaster in United States history. More life was lost on the Sultana than in other infamous naval disasters, like the Titanic’s sinking in 1912.[3] 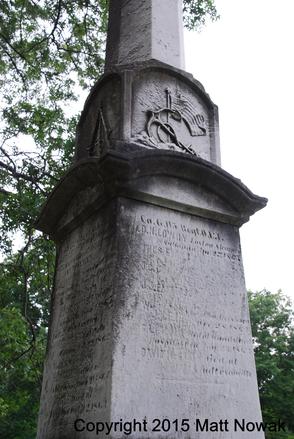 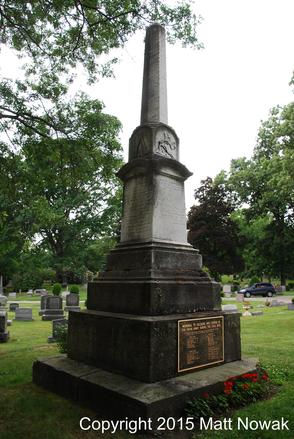 History:
The Oakwood Cemetery Civil War Memorial, located in Cuyahoga Falls’ Oakwood Cemetery, is the oldest Civil War monument in Summit County.[1] The cemetery, which dates back to at least the 1830s, is the final resting place of at least 160 Civil War veterans.[2] One of the more famous veterans is William Plum, a military telegrapher and author. 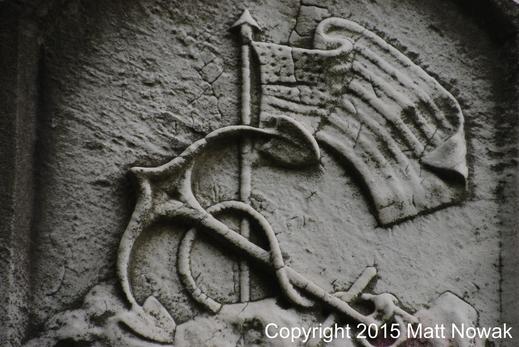 Memorial to soldiers who served in the Union Army during the Civil War
S – Indicates those whose lives were lost on the Mississippi steamer, Sultana, when it blew up at Memphis, Tenn. 4-27-1865.

There are four reliefs etched into the sides of the monument, displaying symbols of war and the military. These symbols include an anchor and American flag, three rifles, a cannon, and two cavalry swords. According to Vivki Blum Vigil, these symbols refer to four branches or divisions of the military: the Navy, Infantry, Artillery, and Cavalry respectively. Also according to Vigil, an ornamental eagle was once perched on top the monument. However, the eagle has either fallen off or has been taken down since.[4]

Figure 5 Monument with chapel in background. 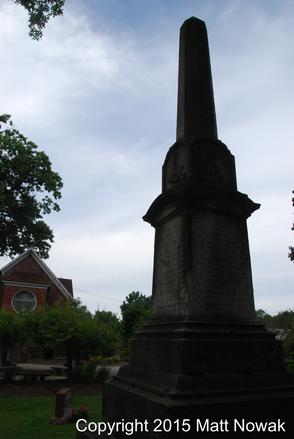 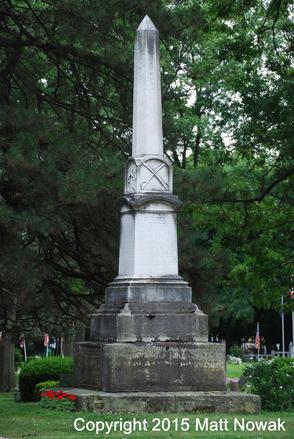