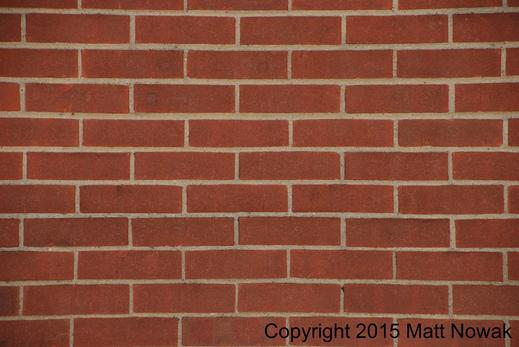 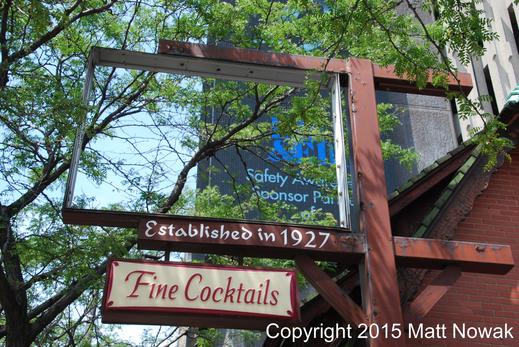 History:
Between 1927 and 2001, the Brigotti family owned and operated the locally famous New York Spaghetti House in downtown Cleveland.[1] Mario and Maria Brigotti, after moving to Cleveland from New York City, opened the restaurant based on the types of spaghetti houses Mario worked in as a waiter.[2] 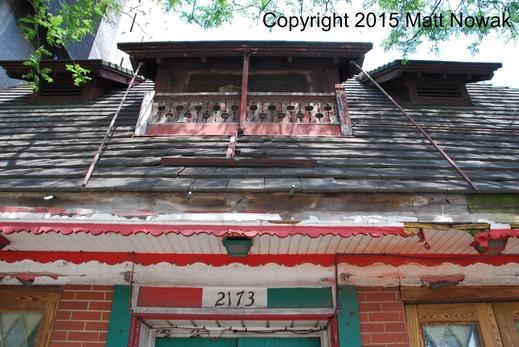 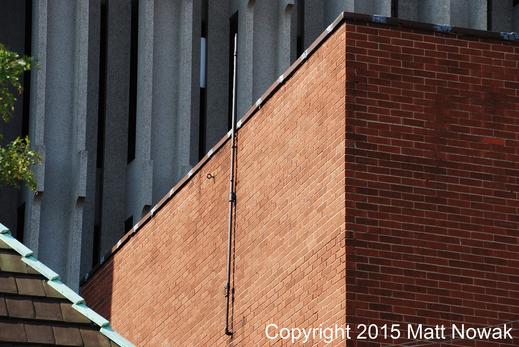 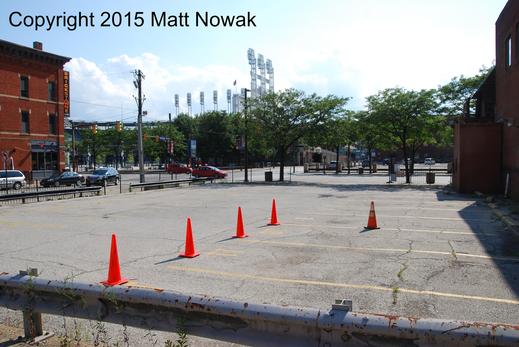 This building was demolished in 2015!

Preservation:
In 1988, the city’s Landmarks Commission presented the restaurant with the landmark designation in an effort to preserve the building for future generations. Unfortunately, destruction of the New York Spaghetti House began in late 2015 as crews were spotted near the building. Located near Progressive Field, it seems that expanding parking spaces is more important than maintaining Cleveland’s cuisine heritage. In June of 2015, the Cleveland Landmarks Commission, in a unanimous decision, gave permission for Geis Cos. of Streetsboro to follow through on their plans for demolition in order to create about thirty-five parking spaces.[6]

Design:
There are two prominent sections of the restaurant: the front and the older parsonage. The front is chalet-styled and reminiscent of the cottages of the old country. The main building was built as a parsonage for Zion Lutheran Church, a nearby church, in 1870.[4] In total, the restaurant spanned about 6,000-square-feet.[5] At some point, another addition was added to the back end of the parsonage. 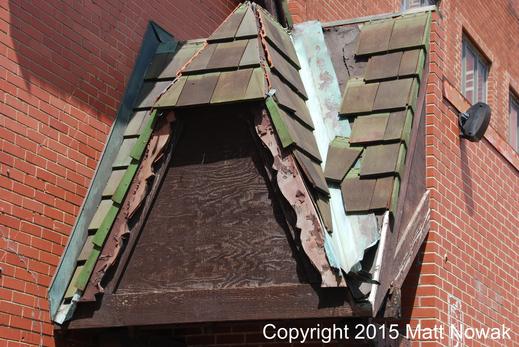 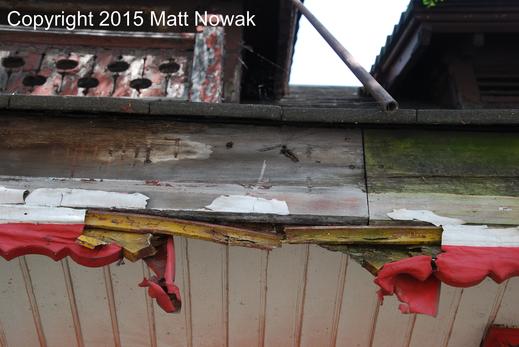 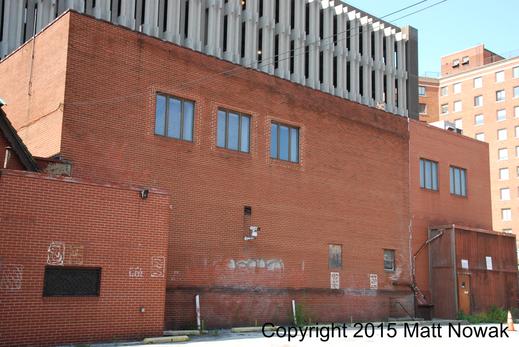 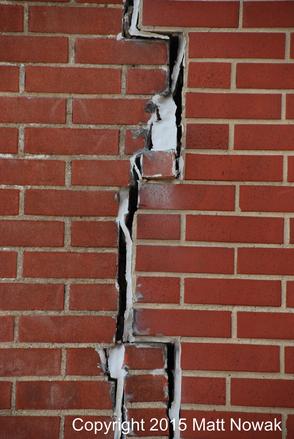 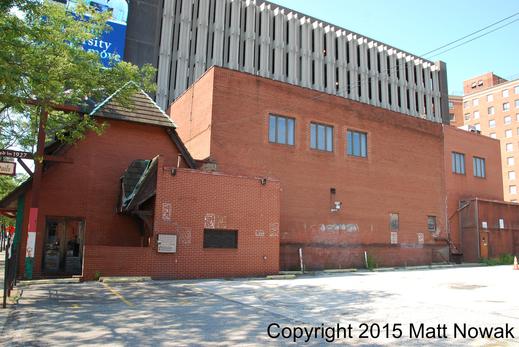 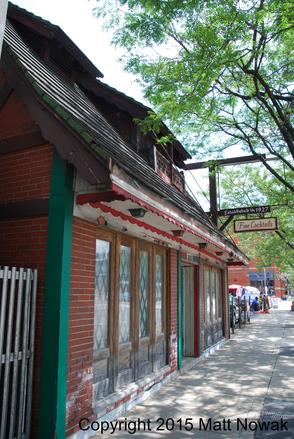 According to Case Western Reserve University’s Encyclopedia of Cleveland, in the early 1900s a vaudeville theater purchased the parsonage to house its actors. After the Spaghetti House opened in 1927, many of the actors from the nearby long-gone vaudeville-era theaters, such as the Empire Theater built in 1900 and located across the street from the restaurant, would patronize the Spaghetti House. Famous individuals include, according to the Encyclopedia, W.C Fields, Jimmy Durante, Red Skeleton, and Mickey Rooney.[3] 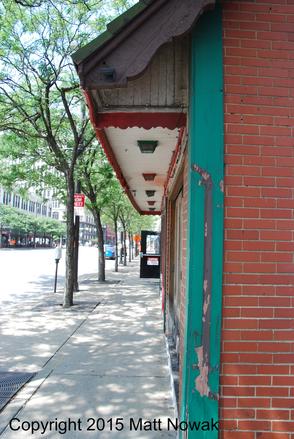 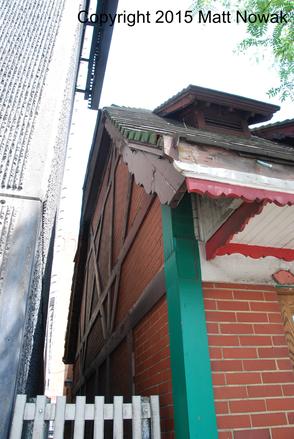 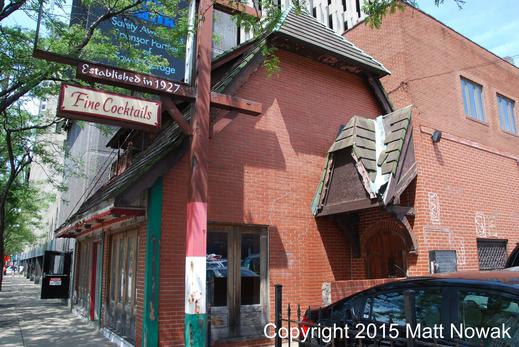 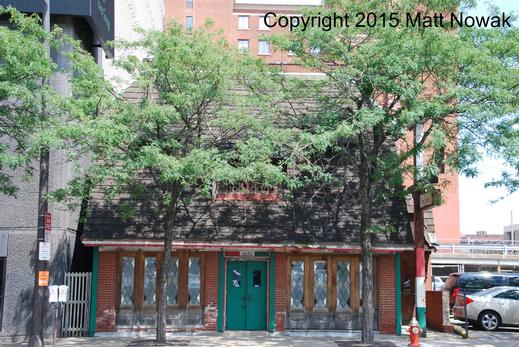 Figure 11 Side view of decorative elements.

[4] The Encyclopedia of Cleveland states the year as 1870, but McFee gives the more general late-1800s.
[5] McFee, "New York Spaghetti House Could Be Razed, as Geis Plots Downtown Cleveland Project."

As the twenty-first century arrived, trouble emerged. In 1999, a second restaurant opened in Westlake but closed shortly after. The downtown location closed in 2001. The restaurant was temporary resurrected in 2004 by non-Brigotti investors, but closed again in 2007 permanently. Since then the building has been standing in disrepair and much of the original furnishings are gone.