Preservation:
The bridge’s road, Lovers Lane (CR 7), is a bypassed loop of SR 7.[5] That means one of two things: either the bridge is safer because it is located on a less-used road, or the bridge’s future is endangered because it is a link between two major state routes – 7 and 218. Only time will tell if ODOT decides to replace or rehabilitate the bridge. Additionally, while the bridge itself is in good condition, the original railings will most likely be replaced sometime in the future unless immediate rehabilitation occurs. 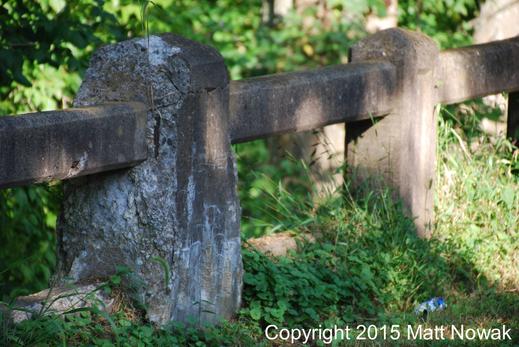 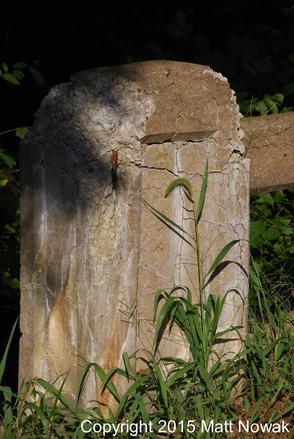 ODOT discusses the bridge, stating that “The bridge carries a [two] lane road over a stream in a rural setting with scattered 20th century residences. A ca. 1960 house is beyond the northwest quadrant.”[3] The surrounding area might not be considered historic, but the bridge is. ODOT has identified the bridge as eligible for historic preservation. According to them, “The bridge is one of over 210 extant examples built in the state starting in 1897.”[4] While the bridge’s design is not extraordinary rare, this specific bridge is a great example of the bridge designs of the period.

History:
A massive flood in 1913, which destroyed countless bridges and structures, prompted Ohio’s State Highway Department to increasingly supervise the construction of the state’s bridges, especially their substructures. Bridges were built with larger approaches and abutments, and piers dug deeper into the ground. The newer bridges' spans were higher in order to allow flood waters to travel underneath unimpeded. Reinforced concrete bridges, which had been increasingly used since the turn of the twentieth century, gained wide acceptance in this period, which lasted until the beginning of the Great Depression in 1929.[1] 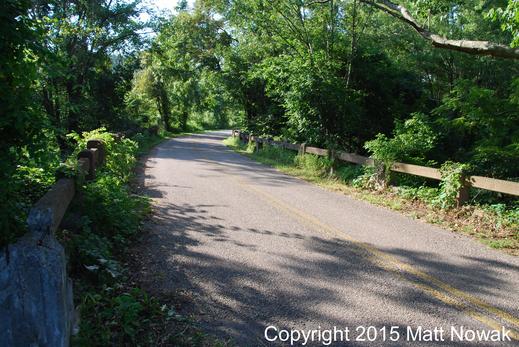 It features original concrete railings. The railings, however, are in desperate need of repair. 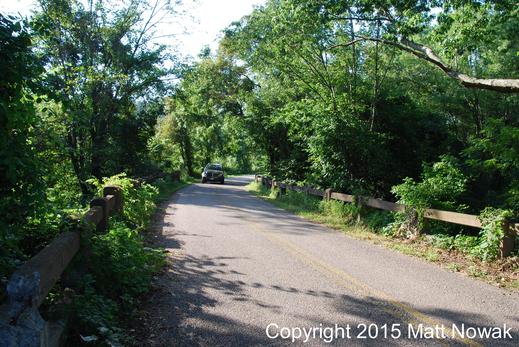 Design:
Lovers Lane Bridge is a reinforced concrete arch bridge. The major span is a little over fifty-five feet in length, and the total bridge is about 105 feet. It is an example of the concrete bridges that were being built between 1913 and 1929 (the fourth period of Ohio’s bridge building). It has two cantilevered end spans.[2] It crosses over a stream called Long Run in a rural environment near the Ohio River. ODOT (Ohio Department of Transportation) summarizes the significance, stating that “It was during the first decade of the 20th century that the bridge type gained currency, and in Ohio the golden age of reinforced concrete arches” followed two decades later, a period in which this bridge was built.