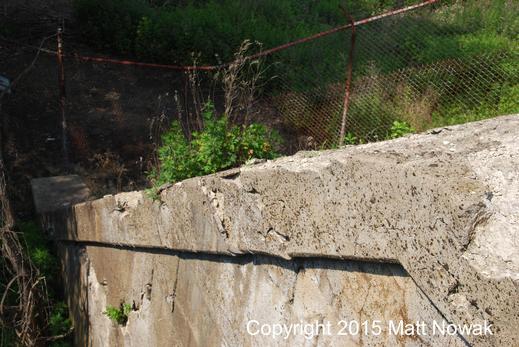 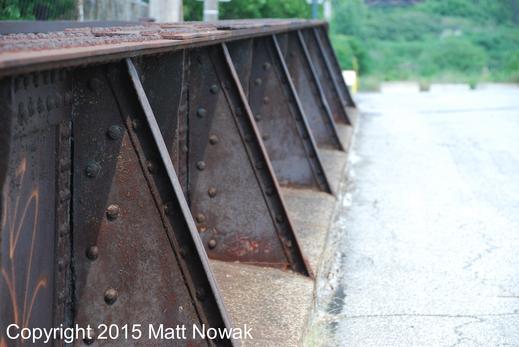 The fact that the bridge sees light use will undoubtedly extend its life. Replacement, however, seems most likely at some point in the future; history enthusiasts should thus appreciate the bridge while it still exists. 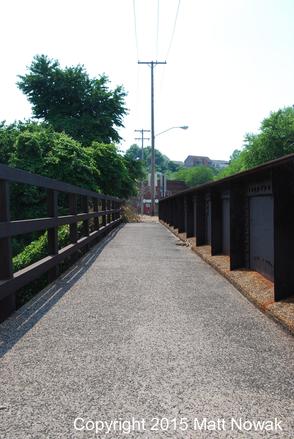 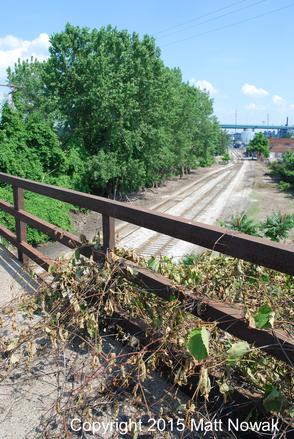 Preservation:
The bridge is located on a relatively-short strip of road that essentially goes nowhere. Jefferson Avenue used to cross the Cuyahoga River, but the bascule bridge over the river has since been removed. The only vehicular (or even pedestrian) use of this bridge is for employee access to one of the industrial companies along the river and for access to a hidden fishing spot near the old bascule bridge abutments. It has had at least one major rehabilitation in 1944.[4] 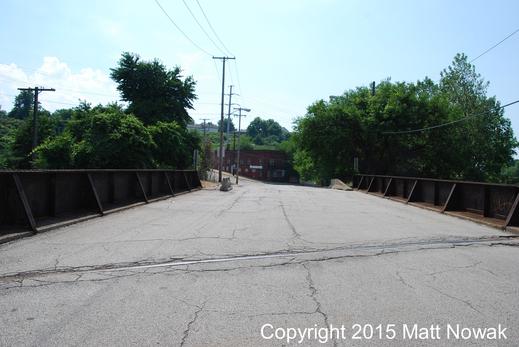 Design:
The bridge is a skewed through girder-floorbeam bridge supported by concrete abutments. There is a sidewalk on both sides of the bridge. The bridge is standard for its time. The State of Ohio’s Historic Bridge List summarizes the bridge’s lack of significance, stating that “It has no unusual or distinctive features being an example of a bridge type that was introduced by railroads in the mid-19th century and used extensively through the middle of the 20th century.”[3] That is not to say, however, that the bridge is not important. While the bridge might not be unique to its period, it is an excellent example of a heavily used and frequently constructed (and thus important) bridge type. It must also be noted that, while the bridge type may be common, as each day passes these bridges are being destroyed. At some point, these bridges will be common no more.

Figure 4 Top of girder side. 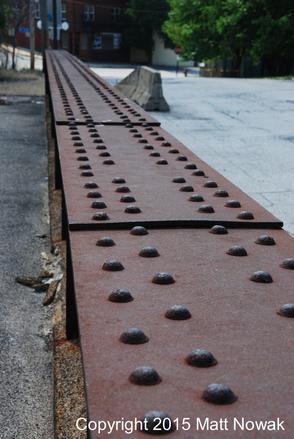 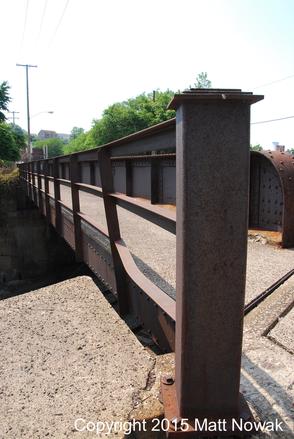 This bridge crosses over the old Wheeling and Lake Erie Railroad tracks, which are still used by many of the industrial companies in the area. The bridge was built in 1908.[1] The deck, which is composed of reinforced concrete, is supported by two concrete wall abutments. Likewise, the bridge has a twenty-nine degree skew.[2] 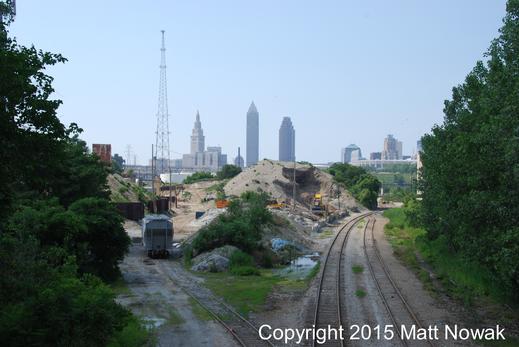 History:
Built in 1908, the Jefferson Road Bridge is one of the remaining bridges that used to approach the much larger Jefferson Avenue Bascule Bridge over the Cuyahoga River. It is inherently associated, therefore, with the now demolished bascule bridge, the abandoned Jefferson Avenue truss bridge, and subsequent approach spans and bridges. 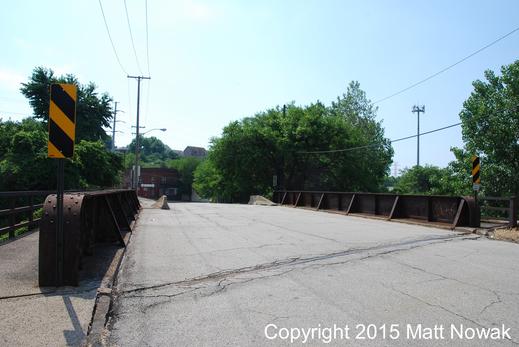