Figure 8 Close-up of south side.

Figure 7 Close-up of north side. 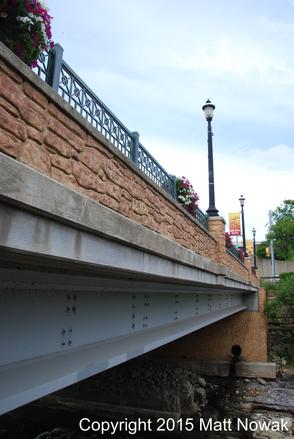 Preservation:
The current bridge has little historical value in and of itself. The downtown area is historic, however, and the bridge is associated with an area that has been the location of past bridges. The bridge is also an example of a very commonly used and basic girder design. The bridge looks to be in great condition and has been designed and incorporated into the city’s river walk and square. It offers excellent views of the Cuyahoga River and the former dams that helped to give prosperity to Cuyahoga Falls. 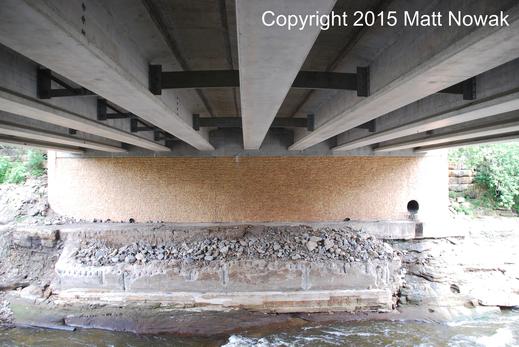 A smaller wooden pedestrian bridge has been built underneath the bridge as part of the boardwalk that travels along the river. This wooden bridge offers nice views of the underneath of the Broad Boulevard Bridge, showcasing the I-type girder beams used to support the bridge’s deck.

Design:
The current 2004 bridge is a prestressed concrete girder. A girder bridge is a basic bridge – perhaps the most common bridge used in the world – where the deck of the bridge is placed upon girders, or support beams, that are themselves supported by abutments and piers, if necessary. Prestressed concrete bridges were first built in Ohio in the 1950s.[2]  The bridge seems to have been aesthetically designed to fit into the nearby river square. It contains decorative railings, light posts, and flower boxes.

History:
The location of the Broad Boulevard Bridge over the Cuyahoga River has housed several bridges in the past; the two most recent being one built in 1940 and the current one built in 2004. The 1940 bridge was a closed spandrel filled concrete arch bridge.[1] It had a span of about 92 feet in length. This older bridge was demolished in 2004 and replaced with the one in current use seen in the photo above. 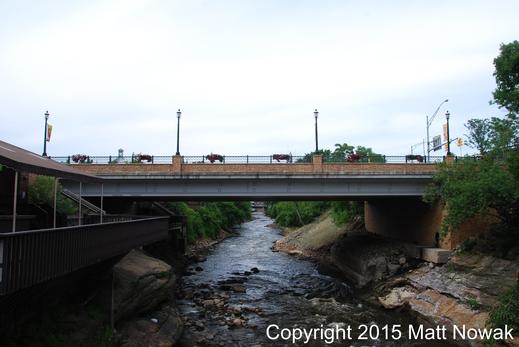 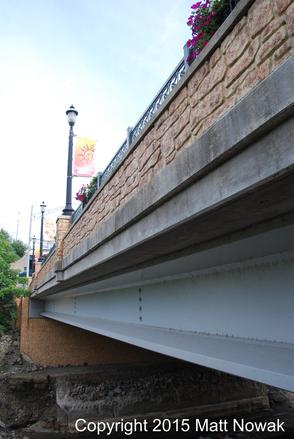 In regards to preservation of the current 2004 bridge, the bridge is in no danger of demolition. It was just recently built and has little maintenance need apart from testing the prestressed concrete. Unlike most modern bridges, the Broad Boulevard Bridge is a nice, pleasant and attractive bridge. However, the loss of the original bridge structures is without a doubt disappointing, considering the commonness of the new bridge’s design. 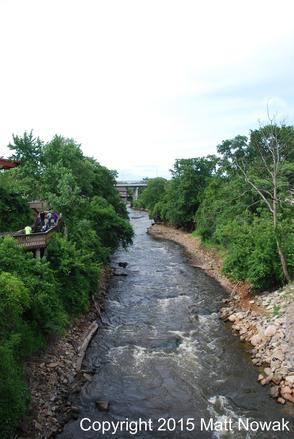 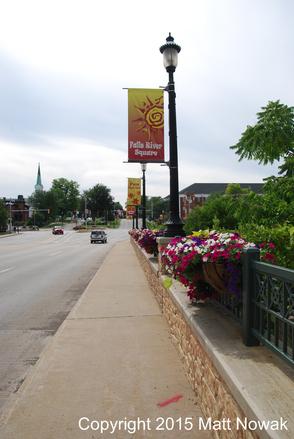 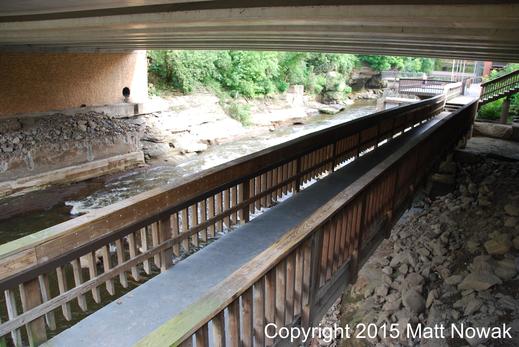 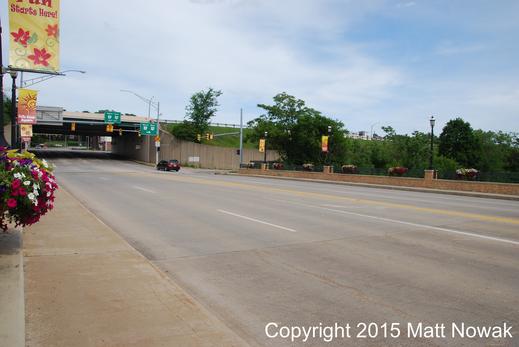