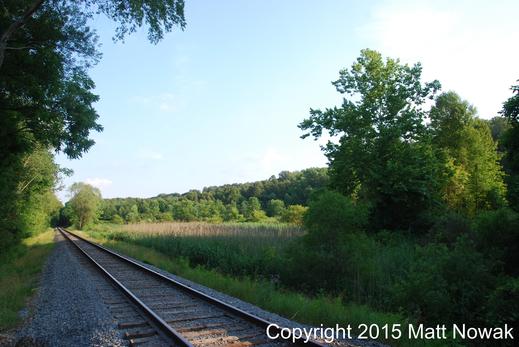 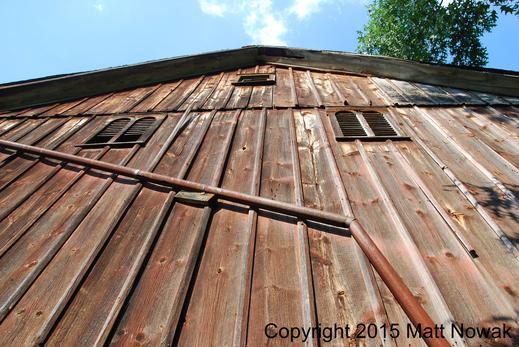 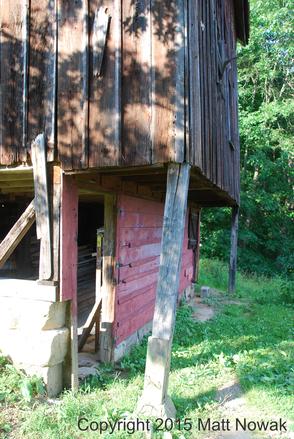 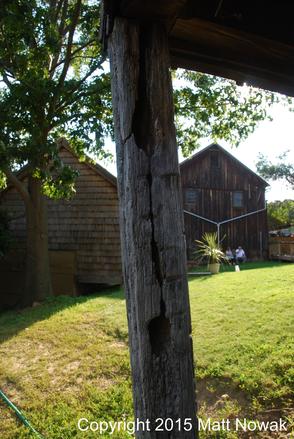 Preservation:
While the individual buildings may need updated maintenance, the farmstead is in little danger of redevelopment. Being incorporated into the Cuyahoga Valley National Park, as well as being federally owned and leased, practically cements the further preservation of the historic farm. It is also a popular place for social events, which adds an added layer of popularity and reputation. This is excellent news considering the farmstead’s importance. It is an excellent example of nineteenth and twentieth-century agricultural life in Ohio and the Cuyahoga Valley, which is now a national park. The Cuyahoga Valley was once a large bustling agricultural area, and the Botzum farmstead is a great illustration for today’s generation of that period of time. 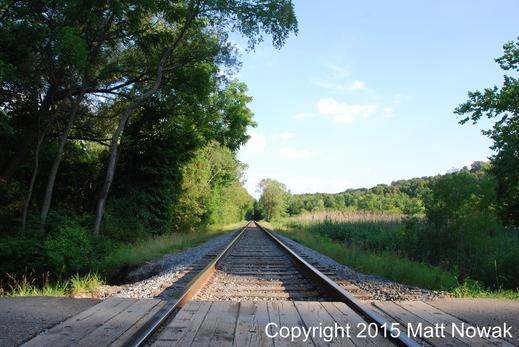 Previously an older house and nearby building were located on the property, but were destroyed by a fire in 1906.[17] Presumably, the current homestead house was built because of this. 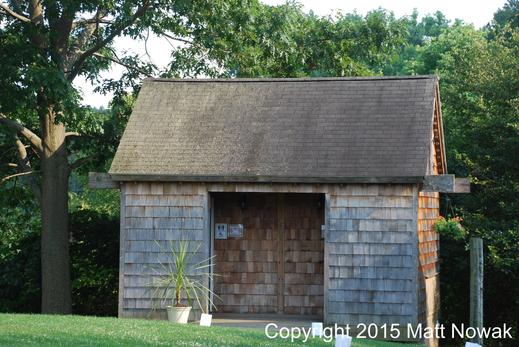 Other features of the farmstead includes fencing, which at one point consisted of barbed-wire, and double gates. There is a one-story 1930s-era cabin to the northeast, with a nearby barbecue fireplace and concrete block privy. There is another privy located between the Pomeranian and Bank barns. This privy is most likely a modern construction. 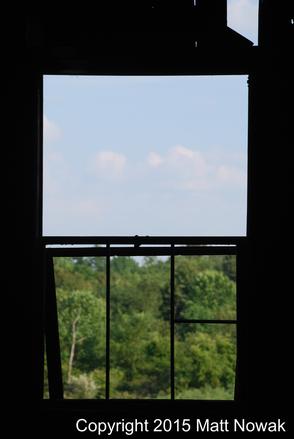 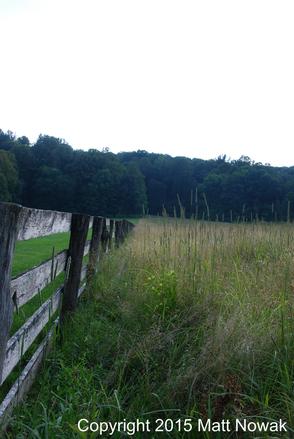 Dating to at least the 1890s is the vertical wooden plank machine shed, located across from the Bank Barn. 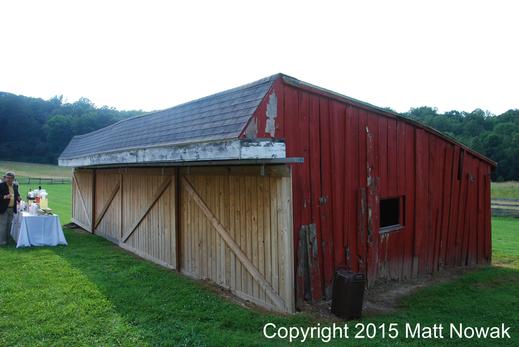 The western Bank Barn was built later in 1898 and measures about 30 x 70 feet. Like the Pomeranian Barn, the foundation is sandstone block. According to the registration form, it might have acted as a dairy barn at one point.[16] A modern deck extension and staircase have been added for the barn’s current use as a dinner area for weddings and other similar-type events. 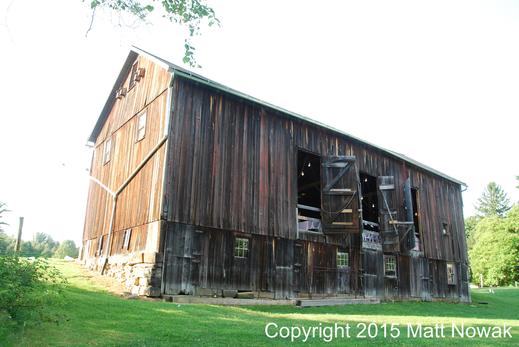 To the south of the house are the two large barns. The eastern and smaller barn is the Pomeranian Barn, first built in 1884. According to the registration form, it is about 24 x 30 feet large. Sandstone provides the foundation, and the walls consist of vertical boards. A portion of the barn extends over an open space, propped up by two large vertical wooden posts. 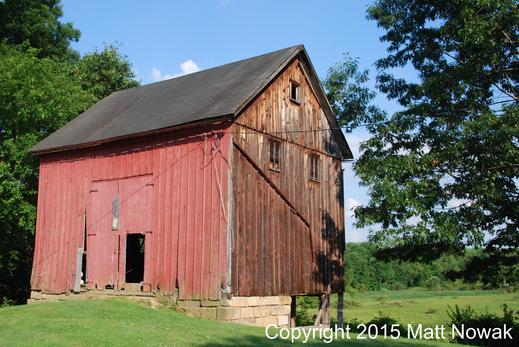 The farm has two summer kitchens. One is wood framed while the other is built of concrete. Like the house, the concrete summer kitchen was also constructed in 1906. It copies many of the same elements of the house and has been characterized as an “almost…miniature version” of the home.[15] 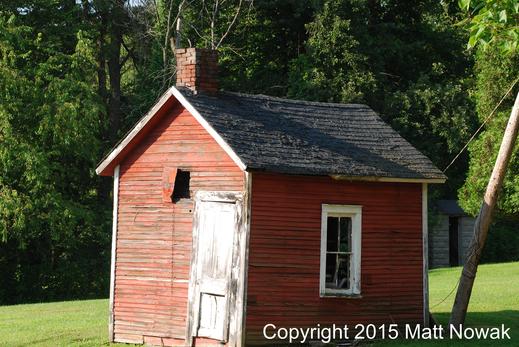 The homestead house is a two-story front gable. It, along with the summer kitchen and privy, are constructed of concrete molded blocks. It was constructed in 1906 after a fire destroyed the older house. When it was built it was valued at about $1,000.[13] Concrete is fire resistant, and it was mostly likely because of the destructive fire that these structures made use of concrete.[14] 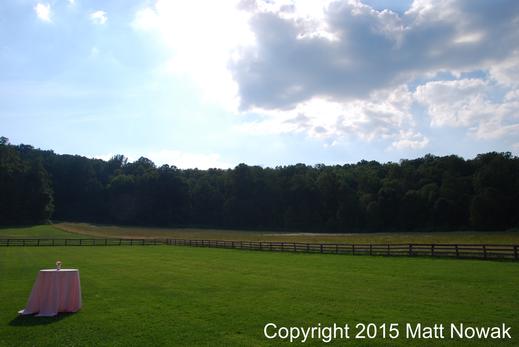 A former farm field, now a wetland, lies south of the farmstead. To the north and west, a large fallow field dominates the landscape. The entire area is enclosed by trees that act as “wooded valley walls” that “rise 150 feet in elevation.”[11] The nomination form for status on the National Register of Historic Places describes the setting as “a feeling of self-containment and separation from the world beyond the wooded hills and below the river valley bluff.”[12] 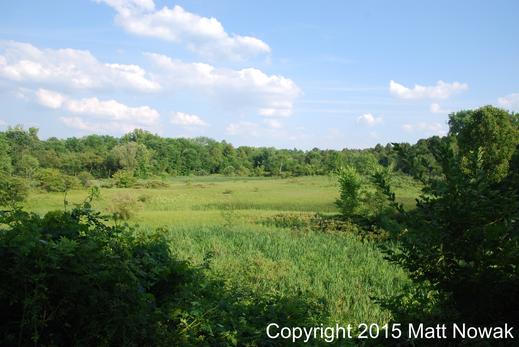 Design:
The farmstead buildings are historically significant because they are reflective of the age and period in which they were constructed. Winstel and Tamburro argue that:

"Buildings on the Botzum farm are considered architecturally significant because they embody distinctive characteristics of a type, period, or method of construction associated with the agricultural context. The farmstead's buildings are indicative of the encroachment of the twentieth century on the Cuyahoga Valley. Whereas the house and associated concrete block outbuildings are reflective of the mass market residential designs of the early twentieth century, the barns and frame summer kitchen are associated with late nineteenth century farming practices."[9] 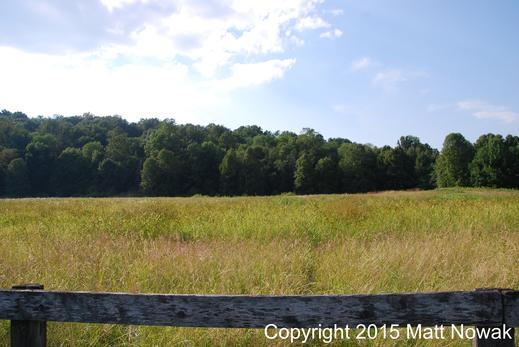 Like most of the farms in the Cuyahoga Valley, production on the farm steadily declined during the twentieth century. In 1963, the Botzum family sold the farmstead to Mary C.W. Schumacher, who retained the land until 1991 when it was sold to the National Park Service. While it is currently leased to a Botzum family member under the federal park service’s Historic Property Leasing Program, the farm is still owned by the National Park Service and is incorporated into the Cuyahoga Valley National Park.[8] It is currently used for weddings and other similar events, offering beautiful views of the national park, its historic buildings, and a unique indoor-outdoor atmosphere. 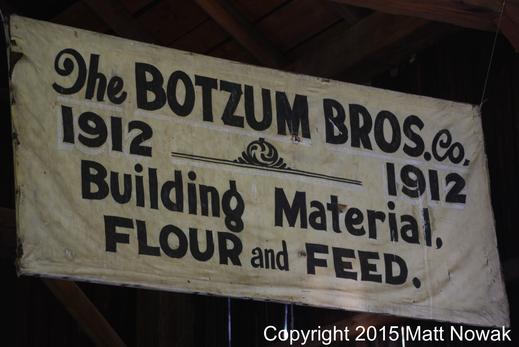 Less than two decades later, Conrad Botzum received the land in 1883. In 1884 he improved the property by building a new barn, valued at $200. Another barn was built in 1898, this time valued at $350. In 1906 disaster struck as the homestead house was burned to the ground.[5] A new house was raised later that year, which is still standing today. Conrad would continue to own the land until his death in 1914.

With the death of Conrad Botzum, ownership of the farm changed hands once again. Conrad’s oldest sons, Charles and Harry, inherited the land. The two brothers operated a business called the “Botzum Brothers Company,” which operated into the mid-twentieth century. It sold a variety of supplies, including building materials, food, and animal feed.[6] This was during a significant period of agriculture in the area. Jeff Winstel and Sam Tamburro, the authors of the nomination form, argue that “As the agricultural industry became an increasingly profitable business in the Cuyahoga Valley, the Botzums were able to sell hay, straw, mill-feed, garden seeds, and field seeds to local farmers;” in other words, the Botzums provide us with an excellent microcosmic example of farmers during a period of local commercial growth.[7] 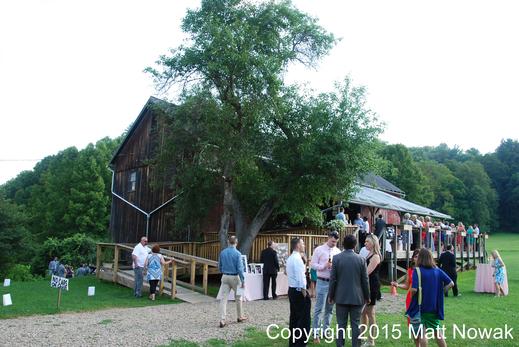 By 1860, George Botzum had owned a 101-acre portion of Lot 75, a parcel of land on the opposite side of the Cuyahoga River from the current Botzum farmstead. It was valued at about $1,190. George Botzum was not the only member of his family to own land in the Cuyahoga Valley. By the same year, Michael Botzum owned Lot 8, measuring about fifty-nine acres, while Adam Botzum owned Lot 58.[4] The Botzum family was increasingly staking their claim to the area’s history.

Finally, in 1876, John A. Botzum bought Lot 10, the current property that is listed on the National Register of Historic Places. Despite only being less than an acre in size, it was located west of the Ohio Erie Canal. In fact, as of 2014, portions of Lock 24 North and Lock 25 North still remain close to the farmstead. While the canal was in rapid decline by the time Botzum bought the land, having it close by was an added advantage that not many farmers had. 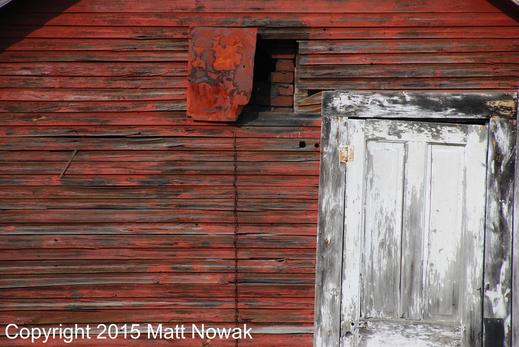 John Botzum and his family left Germany out of fear that his five sons would be forced to fight during the Napoleonic Wars. They arrived in the area in 1836. Prior to his emigration, Botzum owned and operated woolen mills that were located on the Rhine River. During their journey across the Atlantic, their ship was ransacked by pirates leaving the Botzums penniless when they arrived to the U.S. Per family accounts, the newly arrived Botzums were saved by some friends. These friends intervened when a man tried to move the family to South America with the lure of a quick fortune. Apparently the man’s true intentions were to sell the family into slavery.[2] While this small account may just be a story, it does add a flash of intrigue to an otherwise common immigration narrative.

Before migrating to the Cuyahoga Valley, the family first settled in Cleveland, Ohio, and then moved to a nearby community called Niles along the Ohio & Erie Canal. There, for fifty-cents per day, John George Botzum worked as a construction laborer and Katherine, his wife, took boarders in for a supplemental income. The nomination form mentions that, according to family history, the original farmland cost about $2.00 an acre from the same Connecticut Land Company. The family sold a portion of the land to raise funds to construct a house and barn.[3]

Figure 2 Today the farm is a popular location for weddings. Photo taken 7/11/14. 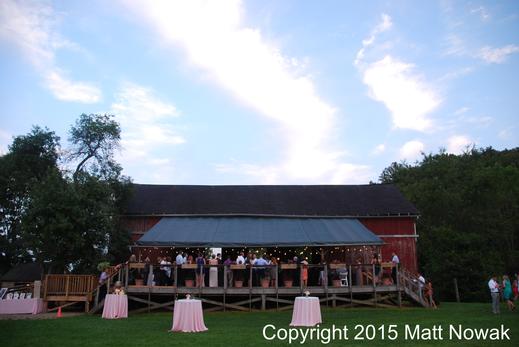 History:
Botzum Farm is also known as the Conrad Botzum Farmstead. It was placed on the National Register of Historic Places (NRHP) in 1999. Sometime in the 1830s the Chief Construction Engineer of the north section of the Ohio and Erie Canal, Richard Howe, bought Northampton Lot 10 from the Connecticut Land Company, the company which owned all of the land in the Cuyahoga Valley. In 1876, this land – Lot 10 – changed hands again, this time to the familiar name of John A. Botzum.[1] 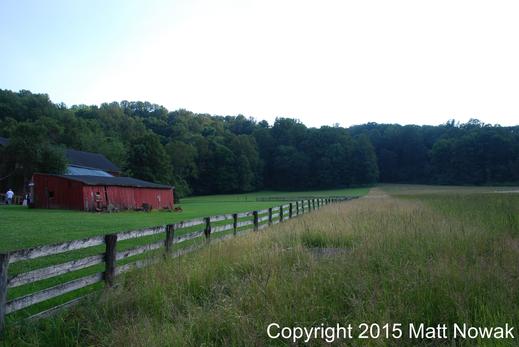