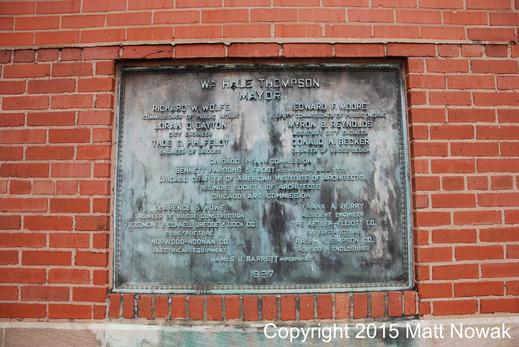 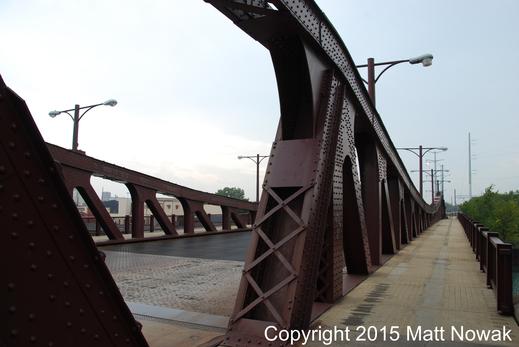 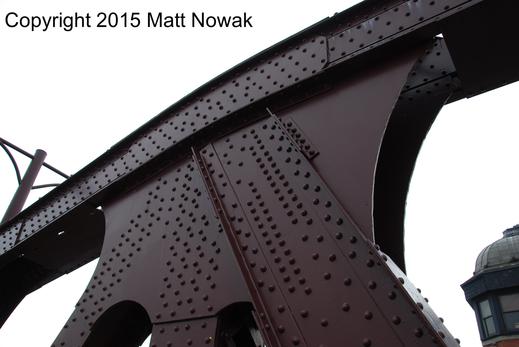 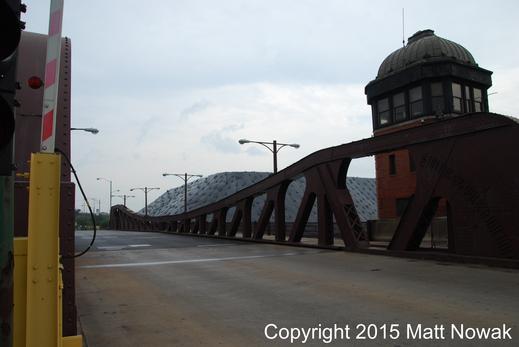 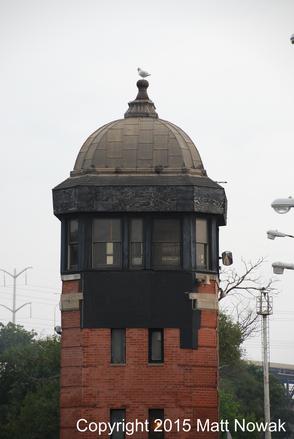 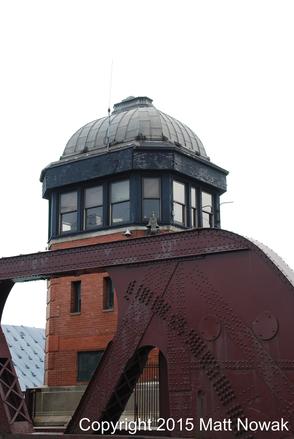 Preservation:
The bridge retains a high-level of original elements and is in great condition. It has been determined that the bridge is ineligible for historic (NRHP) status, despite its excellent condition of historical integrity. As the threat of demolition looms over most of Chicago’s river bridges due to the costs of maintaining old now-obsolete movable bridges, no danger seems imminent for the 100th Street Bridge. However, the city has demolished several historic bascule bridges in the past few years, so caution should be used. 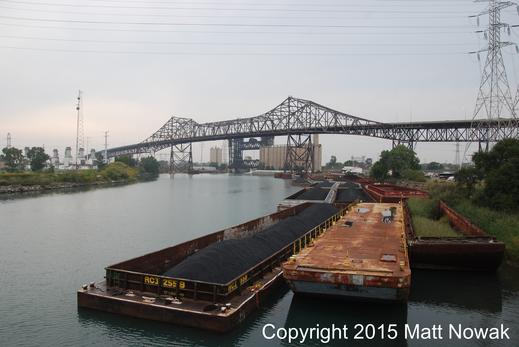 Design:
The 100th Street Bridge, like many bridges in Chicago, is a Chicago (fixed-trunnion) bascule bridge. Bascule bridges are a type of movable bridge that utilizes counterweights to balance spans (“leafs”) in a vertical position in order to allow clearance for river traffic. It contains riveted connections which required riveting in the field of construction. In all, the total length of the structure is about 326 feet.[3]

According to Nathan Holth, the Calumet River is Chicago’s only river where the water is still continuously used by barges and other large ships.[4] This requires the 100th Street Bridge to operate constantly, almost one-hundred years after it was first built. 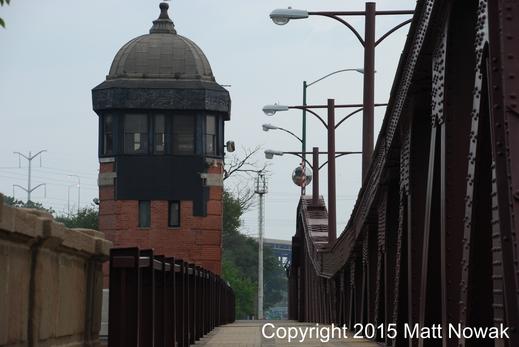 History:
Built in 1927 by both the Ketler-Elliot Company (the superstructure) and Fitz Simons and Connell Company (the substructure), the 100th Street Bridge has provided a link over the Calumet River for almost a century.[1] The Fitz Simons and Connell Company was founded by Charles Fitz Simons (1834-1904), a Civil War veteran who was seriously wounded multiple times during the war.[2] His company helped to create several spans in the Chicago area which helped to crown Chicago as one of the great bridge capitals of the world. 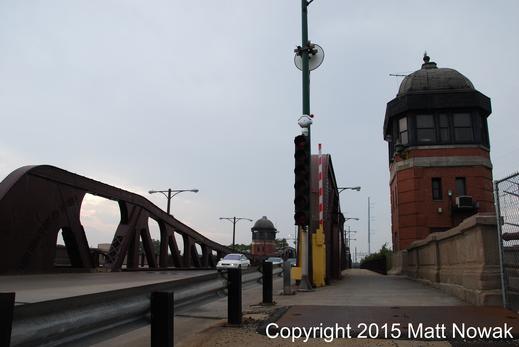